Home » On the Rise » HHV On The Rise: Spook and Poof 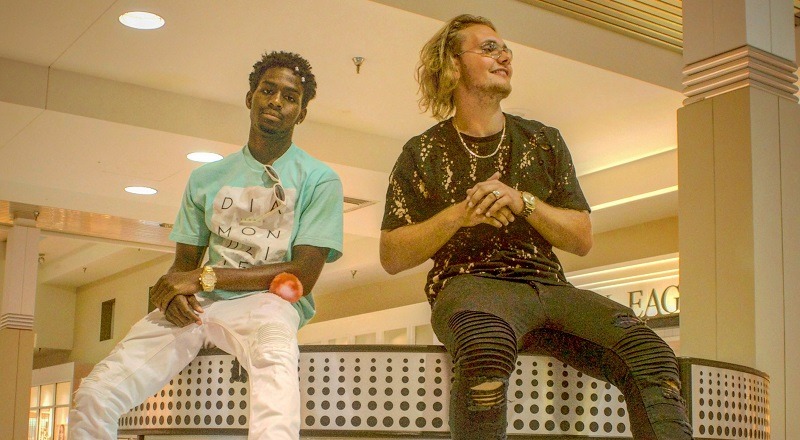 Cycles are the course of life, as things often repeat themselves. Living life long enough shows that fact to be true. In hip hop, there was a time when it seemed like only groups and duos were the only ones able to have success.

Over time, the solo artists were the ones to have all of the success, and all the groups disbanded. In recent years, duos have made comebacks, along with groups, allowing all to have success. This is what has inspired Spook and Poof to the equation.

Spook and Poof talked to Hip-HopVibe.com in the latest On The Rise interview. During the interview, they spoke on being inspired by such figures as Rae Sremmurd, and their music. The two are hard at work on their latest project.

Are you guys inspired by the likes of Rae Sremmurd? Yes, We have watched a couple interviews and how they came up and the life they lived and it kinda related to us in a way. Then listening to their music it kinda had the same vibe or lifestyle as in partying.

At a time when everybody raps, what inspires you guys to make music? Well, we both always dreamed of it, and more so it’s a great way to keep us out the streets; and a way to motivate people to do something you love or even do something someone says you can’t.

Can you tell us more about your new single? The new single is entitled to all the “Broke Boiis” that hated on us and we flexed up and got a bag now! It’s a variety of artist in the group that we all had to get jobs and hated school so not going to college and grinding on the music to make more than a college degree student!

When are you going to release your next project? The next project is called Losses Gains & More: LGM. It consists of five songs, including “Broke Boii,” that talks about what we have gained and lost on the way to get more. It will be releasing on May 13th on all outlets!

In the long-term, what are your goals? Our goals are to make a change to make people in this world better and to give people what they want, also focusing on our brand and getting the clothing line out to our fans, and hopefully do some shows and finish at least seven music videos by the end of this year and get to collab with more artist.

Where can the people connect with you on social media? They can hit us up on Instagram @LGM863 where they can find each of our individual IGs and all other linked accounts! Or Twitter @LGM863 Also for videos our YouTube LGM The Label go subscribe because that’s much love.

More in On the Rise
HHV On The Rise: Ant Tha Giant
Akbar V ft. K. Michelle – “Thug Me” [VIDEO]