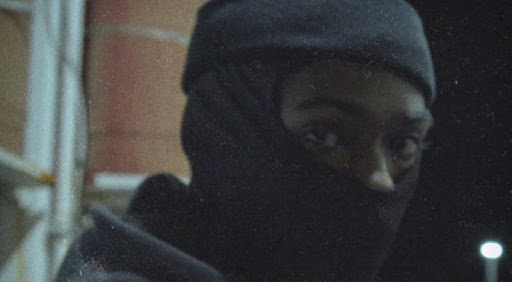 Next up out of New York is Yonkers’ rising rhymer, JayR Rashiq! Known to pull the emotional chords to string together unique compositions, JayR returns for his most recent release, “Help Me”. JayR has showcased his ability to use his melodies to paint a picture on previous projects such as Party In A Casket and Trap Mic Jack.

As a result, he sheds light on personal experiences. Some of the difficulties he discusses include close ones turning against him as well as a sweetheart abandoning him after reiterating her commitment to stay by his side. Although she isn’t in the picture, she can’t help but let go no matter how much she wants to. Even though JayR has moved on, she can’t help herself. She just wants things back the way they were. In fact, when reflecting on the inspiration behind his latest offering, JayR goes on to say:

As for the eerie Frank Sevastian-shot visual, JayR and Sebastian depict JayR’s grief within the video perfectly. In fact, the visual was shot in blue hues and dark shadows as a way to depict JayR’s deeper sadness. Following a break-up, Rashiq is lost, hopeless, and sad in the Frank Sebastion-directed video, as he seeks answers at the end of a bottle.

Overall, the relatable concept is based on a personal experience and addresses every emotion associated with heartbreak. As well as the behaviors that follow. The burgeoning star’s dark, depressing, and desperate lyrics came easy to him as he knew that many people could connect to the pain. As he can’t help but use the hustle to ease internal scars. With a production that penetrates within, paired with its lyricism… this is a heartbreak hit for the masses.

This trendy talent has been dropping hits for over a decade. He’s been riding his wave since the drop off of his 2020 breakout banger “Jolissa’s Basement”. Since, its visuals have garnered him his most viewed YouTube video to date. JayR’s fan base has steadily grown since then, as he continues to release new music. “Help Me” is the ideal starting point for newcomers to jump on JayR Rashiq’s bandwagon as he rises to viral fame. For now, press play on the “Help Me” visual. Lastly, let us know what you think here at Hip-HopVibe.com.

More in On the Rise
Tmcthedon Brings “Butterflies” To The Rap Game With Fresh, New Single
Mashiyah releases debut single, “Me First,” and shows she has star potential