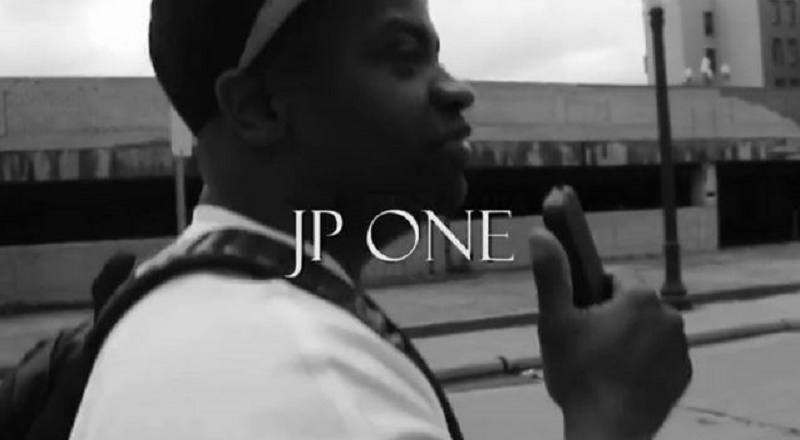 While Detroit has a deep and legendary history in hip hop, it was all about the Shady movement until 2011. Of course, Detroit had rappers not associated with Eminem, but it was that recent that one broke through. In the industry, now, Detroit is littered all over the place.

JP One is still rocking the underground circuit, but his aspirations have him all over the mainstream. Success, especially in this industry, is a process. However, JP One wants to achieve his maximum success potential, so he has nothing but time.

In the latest installment of the On The Rise series, JP One is the feature. He speaks on the Detroit hip hop scene and the role he plays in the area, along with the other artists. The interview also saw JP One speak on his music, which has been his sole focus since his 2011 prison release.

For years, the Detroit hip hop scene was solely based on Shady Records, in the commercial realm, how do you feel about all of these other Detroit artists rising to receive mainstream attention? I love the Detroit hip hop scene, but the good artists rarely receive any real love here. The big local artists here have the same sound and it’s not something that I think is good, so I do me. Big Sean is dope, but other than that, what Detroit mainstream? Oh, Dej? (laughs).

Although you are known on the mixtape level, do you have any desire to be known on a commercial level? I’m working towards the commercial level. My last two mixtapes had no industry beats on them and the singles were radio-ready. You can’t force yourself on to pop culture. I would be fine with a Royce Da 5’9 or Joe Budden fan base. If I can get a couple hundred thousand serious fans to rock with me, I’d be food. The thing with Pop music is that you are up and down. They’re fickle as hell. I feel like I have what it takes to be a Jay or Tip, because I make good songs and not just good bars. We’re working. That’s all I can do.

Can you tell us more about your successful history on the mixtape scene? Well, I came home October 4th, 2011, after nine years in prison. I released my first project, Tha Power of ONE, on Halloween. Then, I released, A Beautiful Mind, that January. I didn’t have any money to press up the first one, but someone helped me get the second one out a little more and people started talking. I was performing at any and every open mic around the city.

That summer, I dropped, Freedom of Speech, and the singles,”We Winning” and “Open” were all over the radio and the net, “We Winning” has over 300,000 views. I dropped I Am Legend with DJ PEST, which was really the best solo songs from the first three projects and that got me a lot of attention, because I had a little more money for marketing and everything.

I left my partner and started my own imprint, Gifted & Talented, LLC, in 2013 and then the Gifted & Talented album, which did great and got me more press than all the other ones put together and the critical acclaim was great. With all eyes and ears on me, I decided to up the ante and release a trilogy. The first installment of Fire & Brimstone was the biggest project of my career and the second one is already looking to be bigger.

You have had success with the single, “City Under Siege,” can you discuss this record very briefly? “City Under Siege” is all about everyone in Detroit asking for respect for nothing. If you’ve never made it out of the city, I don’t want to hear anything you have to say. My goal was never to be the man in Detroit. The world is way too big for that.

How did you and Boldy James join forces? I met Boldy when I first came home, through mutual friends. He recorded some shit at my home studio, but I’m not an engineer, so I couldn’t help much. Plus, they were smoking and I can’t sit in that too long. I don’t smoke or drink. Anyway, one of my producers, Flamin’ Lacez was in the studio with him and I called him and told him to tell Boldy I need a verse. His cousin, J O’Neal called me and told me to grab the beat and come through. We knocked the song out that day.

Your current work is the Fire & Brimstone series, what is the theme of these projects? Fire & Brimstone is all about the art form. People seem to have forgotten that rap isn’t all about making a few words rhyme over a trap beat. I don’t believe in rapping over boring boom-bap beats, either, so the production is hard hitting and progressive. The trilogy is really three albums in themselves, but they all tie in together and everything is Detroit, from the producers to the features to the sound. Shout out to Dilla.

Currently, you are working on the second edition and it features local stars, such as Elzhi, Guilty Simpson, and Black Milk, was it important for you to get stars from your local area on this project? It was important for me to get the artists that most people consider the top artists from Detroit, because I want to play in the NBA. If you want to be considered top five, you have to prove that you can compete with the top five. That is the same on the national level. You have to stand toe to toe with “the best”, before you can claim to be the best.

Before this project drops on July 27, do you have a new single that will premiere? We’re dropping the video for the first single, “Livin’ Life” on July 13th. We’ve had a great response from DJs and media people, but I know the public is going to love it. It’s a great feel good summer record that’s made for radio, but still true to me and the trilogy, because the lyrics are still dope.

Watch “Livin’ Life” by JP One below: