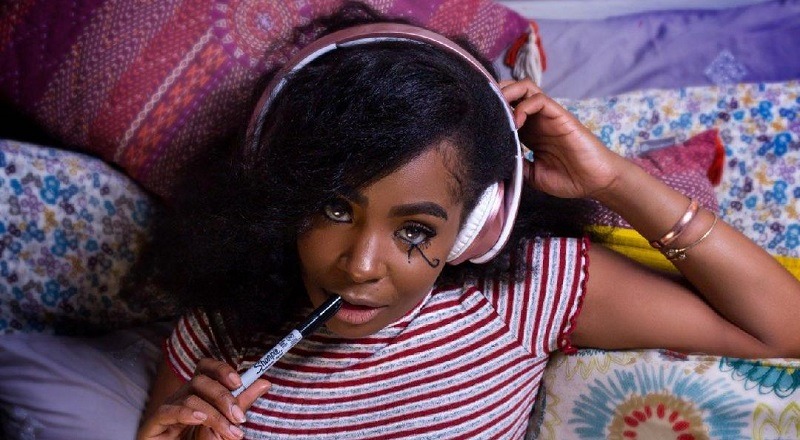 The Jamaican music scene has historically had a huge impact on the hip hop game. A bit of Reggae music lives in countless hip hop records and Reggae artists have had hip hop success. This allows for rising artists, such as Raki’a Rae, to cross over much easier.

Raki’a Rae is a Jamaican artist, who is currently enjoying the successes of her work. Recently, she dropped her Felicity Riddim project to much fanfare. She had a heavyweight Jamaican producer handling the album and the single, “Sugar,” is blowing up.

Recently, Raki’a Rae took time out to speak to Hip-HopVibe.com for an exclusive On The Rise interview. She spoke of her rising success with the single, “Sugar,” which is rising the charts. While speaking to us, she also discussed her project, the Jamaican music culture, and much more.

You released your single, “Sugar,” are you happy with how that song has performed? For me, this is only the beginning. “Sugar” has happy light vibes strong enough to get us through these Winter months with a smile on our faces. Right now it’s #9 on the DJ Platinum Charts Top 10 National Indie Watch, and the sky is the limit.

Can you tell us more about your Felicity Riddim project? The Felicity Riddim project was created and produced by Dinearo who is signed to Jamaica’s UIM Records. He randomly heard me singing and asked if I’d want to write to the track. I heard it and fell in love … and “Sugar” was born. The project has multiple artists singing to the “Felicity Riddim” which has been tweaked slightly based on the artist’s version of song.

How did you and Dinearo link up? I was going to my God-Brother’s rehearsal dinner. His mom asked me to sing last minute. Funny enough, the day of the rehearsal dinner, I had no idea what I was going to be singing. I was sitting by the ocean and Emeli Sande “Next to Me” popped into my head, and I knew that was the song I’d sing. At the dinner, I finished my last note, and Dinearo came by. He said he loved my voice and we had to work together. I’d never met him before that, but he is actually one of my God-Brother’s closest friends. He’s worked with dancehall superstars like Popcaan. So you can imagine how excited I was to work with him. We have another song coming out soon called “Gwan Like Dat.” It should be ready to release in early 2020.

Being a Jamaican, what is your opinion on Ivany, and the shooting she was involved in? It’s kind of terrifying you know. It is for any public figure, but especially in the day of social media. When you are a rising star, you are much more accessible. We post our meetings, upcoming shows, concerts. We are easy to find. Not everyone may love Ivany’s content, but she’s a person doing her job. Because of social media people think that “public image” is their only image. But really, these social media influencers are regular people living their lives and trying to make a dime. A little compassion goes a long way.

In this day and age of trolling, how do you keep yourself separated from the haters? I am all love. I just disengage from the haters. I send them kisses and heart emojis, block them, and keep it moving. Haters are going to be haters, but I don’t engage. And to be real, I’ve received soooo much more love, support, and kindness than hate. That’s what I put out into the world, and I am grateful for it coming back to me. I believe, when you give things attention they flourish. So if I spend most of my time focusing on they trolls, I’m going to get more of them lol.

Do you see yourself collaborating with a major US artist, soon? Free Nationals … they are blowing my mind right now. And of course by association Anderson.Paak. I got goals! When that happens, I’ll make sure you are the first to know.

What is the next move for you? I’ve got an EP coming out early 2020. I’m shooting the “Sugar” music video in a few weeks. So I’ll be between Washington D.C. and Jamaica for the next few moths finishing up the project. I am really excited about it! There is going to be a lot of content coming out soon. Keep a look out for it.