Home » On the Rise » Rax Returns With New Music and To Talk His Artistry and More! 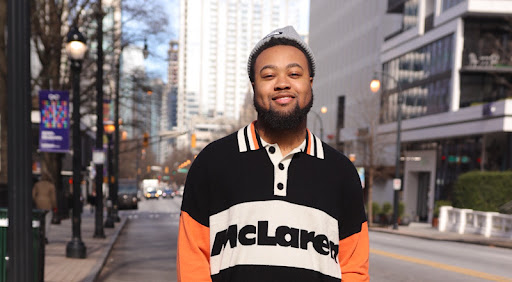 The south has long been known for its deep roots in entertainment culture, and its beloved town of Atlanta, GA eventually became one of the country’s biggest cities of opportunity in related fields. Georgia native Christopher Raxton, also musically known as Rax, is one of many to come from the area with raw ambition and talent. Atlanta-based rising hip-hop and R&B artist, Rax has taken a leap into his career as a professional recording artist, finally putting his talent and passion behind some tracks.

Initially born in Douglasville, GA, just miles outside of the Atlanta area, Rax grew up around the plight of the entertainment mecca, and it’s still at a high peak today. It comes to no surprise that music influenced his whole life, and his decision to be a recording artist.

With hopes to accumulate a few platinum records, Rax has begun building his official discography in just January of this year. He grew up in choirs and sang his whole life, but as of recent, Rax has also picked up rapping as well, bridging his music as the perfect balance of hip-hop and RNB.

Some of his highlighted tracks have been doing quite well, like “U&I,” “Body” ft. KDDO, and “If I” ft. Diarra Sylla. Accumulating over 200,000 streams and counting all year, Rax has definitely been doing numbers as a new and independent artist. Recently, he caught up with Hip-HopVibe.com to explain his recent journey and accomplishments along the way of reaching his goals as a platinum selling artist. Check out the quick interview below to get familiar with this trailblazing talent!

My first year recording music has been amazing. What I came to realize throughout this process is that it is something that takes time if you want it to last. I think that early on I was very focused on fast success but this year has taught me that I have a lot more to learn in order to create that true longevity. I am grateful for all the growth I have had and look forward to it translating into great success.

It is inspiring. It’s hard to desire success if you don’t know what it looks like. When you are surrounded by it, if you don’t see it as possible for you, then you’re doing yourself a disservice. I saw someone else do it, so I know I can too. It’s as simple as that.

I have been involved in music my entire life. This year I started taking recording music seriously but I have been in the church choir, marching band, pep band, concert band, etc. Music is one of my first passions.

I have noticed that I love the ability to grow. Some look at starting something fresh as discouraging because of all the time, energy, and money that it takes but it excites me because it feels like I have an entire new journey to embark on. It’s definitely a blessing.

It was alot of fun. Body is definitely a record that made me love music even more. The language of music is something that is powerful and can create so many different emotions. I had a great time throughout the entire recording process.

When it comes to music, I feel that I am very multidimensional. I can sing or rap, or whatever the record calls for. I can do it all. Because of this, I don’t want to place myself in a category, but rather say that I am an artist and I can and will perform at a high level.

I wouldn’t say that there are certain people that I study in the industry. I study just about everyone that is winning at a high level. I truly am a student of the game. I want to know what creates success for others, and find a way to use that knowledge to expand my understanding of the business and win.

My goals are to reach 10 million streams and to create at least one platinum record.

More in On the Rise
Rapper Ibbz Awan Leverages Past Tribulations To Cut Through The Noise
Sidney Breedlove Delivers Trendy Track Titled, “Take It Low”