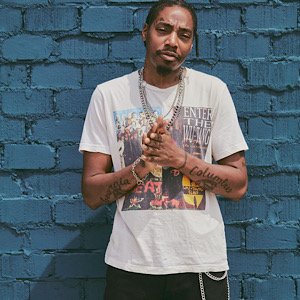 Sidney Breedlove delivers his latest release in the form of a visual titled “Take It Low“. A simple song on first listen, the track gets more interesting with more listens. Despite its humble appearance, the song is more than meets the ear. It’s a boastful song, but not one that’s based on lies that you’re used to hearing.

The first verse talks about a woman all about her money. She isn’t willing to waste her time with people and things that don’t benefit her. But the second, goes into the rapper recounting how he was not considered in his youth. Both culminate with the chorus where he now has the means to have those people’s attention.

Sidney’s laid-back voice enhances his intricate rapping style, making the listener feel as though this comes easy to him. But, of course, he must put in some effort to have the kind of dynamic flow he boasts throughout the song. His voice makes it feel like he has reached a point in his life where he has little worries. He truly understands how to use his skills to make the song dynamic Which, is needed when you consider that the beat is mostly the same for the entire song. Still catchy and able to make you groove, the simple beat adds to that laid-back, chill vibe the whole song long.

So be sure to get familiar with this trailblazing talent. for now, press play and be prepared to “Take It Low” here at Hip-HopVibe.com! Lastly, let us know what you think.

More in On the Rise
Rax Returns With New Music and To Talk His Artistry and More!
AFTXRPXRTY returns with “Actin Up,” his newest R&B anthem