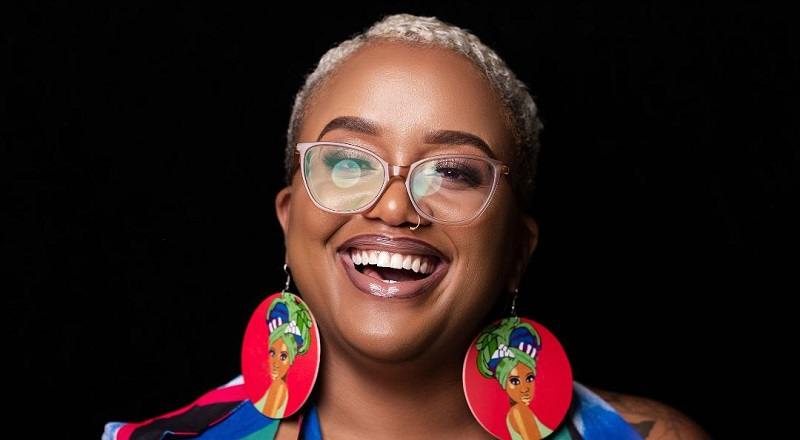 Often, the stories of rising rappers, and their mixtape grind, are told, mostly males, at that. However, very little, if anything, is ever said about the R&B artists, and their grinds. So, SunQueen Kelcey comes as both an R&B artist, and a female, one who is on her grind.

SunQueen Kelcey came into 2019 with plans of taking her career to the next level. What most seem to neglect is that an undertaking that huge means dealing with ups and downs. But, those who preserver, push through, are the ones who win.

With her single, “Around,” SunQueen Kelcey has won. The song has done well on all the streaming services, particularly Spotify. Having such successes, SunQueen took time to talk to Hip-HopVibe.com, giving an On The Rise interview, where she spoke on her rising success.

How do you feel about the recent resurgence of R&B music? It’s exhilarating. I think R&B was being taken over by a certain voice that people wanted to hear. Which is a soft, whispery, but gorgeous tone. However, R&B has a variety of styles, from rich bluesy tones, to strong “make you get out yo chair” kinda gospel, AND those soft whisper tones a lot of artists have now.

Are you proud to see the wide variety of new R&B artists making moves? Hell yes, because it shows that R&B is going back to its roots. Of course, genres are supposed to evolve, but now you got some people that remind you of the 90’s, when R&B was booming and you can feel the emotion in people’s voices.

You cite India.Arie and Jill Scott among your inspirations. What drew you to those artists? Their honest writing. Not to mention, those are two of the most beautiful queens to grace the music industry. They have a free-spirited vibe in their music. Like you know they wrote most of their songs because it always tells a story and you can visualize them living it. I’d like to think my writing is like that too. I write from experience. Ain’t nothing better than to write about something you actually went through and it be relate-able to others.

Recently, you dropped your single, “Around.” How do you feel to see the success that song has had? OMG, y’all don’t understand how happy I am about that songs progress! It’s available on all platforms but it’s really hittin’ on Spotify. I felt a huge transition into my career when I dropped it. Almost like the SunQueen evolution.

When do you think you will drop your next project? Hmmm, I’m gonna keep that a secret for now and just say sometime in 2020, when the flowers are smiling and the sun is beaming down.

Where did the name SunQueen Kelcey come from? It was given to me by my dear friend Kain @callmekain, an artist and activist in North Carolina. He heard one of my early songs called, “Queen of the Sun” about the impact and influence that black queens have on the world. It was just me performing it on my guitar and after he heard it, he started calling me SunQueen. Soon, EVERYBODY called me that and I said “ima keep it!”

With 2019 coming to a close, how would you rate your year? Aight so boom, 2018 And 2019 have been challenging AF, but rewarding AF. Between a bad breakup, my first music video failing, turning to alcohol for medicine, being told I have vocal nodules and getting sick so much I had to cancel shows I was THROUGH!! But I tried to stay hopeful and come out of my depression. They were all necessary moments I needed to experience bc I ended up getting signed to an indie label, enrolling back in school, booked one of my biggest gigs thus far and released this new single! I’m so damn grateful.

Can you let the fans know where they can connect with you on social media? Yes yessss! Y’all please check me out on IG, FB and Twitter @sunqueenkelcey and my website is sunqueenkelcey.com. I’d love to see y’all on the gram and in person so come say hey!!

More in Articles
Quavo Becomes Corporate Brand Ambassador For Iconic Sports Apparel Retailer, Lids
Blueface Gets Dragged on Social Media For His Way of Giving Back To Los Angeles As He Made it Rain Money Over People While on Top of Car [VIDEO]