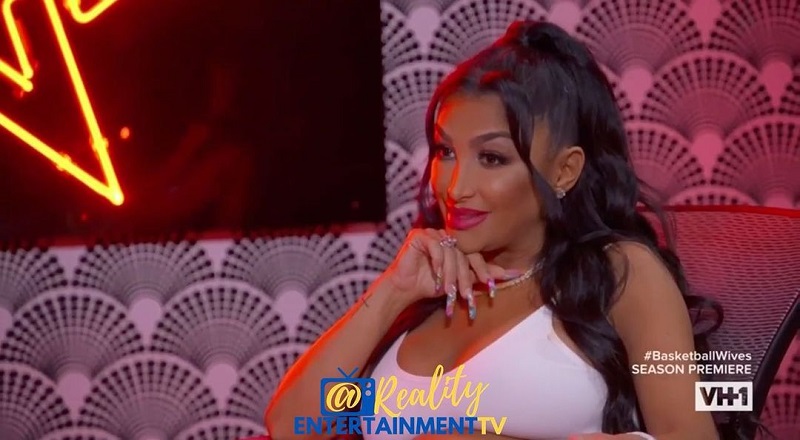 Angel Brinks reveals she is pregnant and Roccstar is the father

Angel Brinks may have began as a “basketball wife,” but that is not where’s at currently. Brinks is involved with a former VH1 star. On tonight’s episode of “Basketball Wives,” Angel Brinks and the ladies constantly reminded people that they were apart for three years. With that over, Angel Brinks had a huge announcement.

Angel Brinks visited Roccstar while he was in the studio. Plenty of people felt Roccstar looked familiar. He should. Roccstar rose to fame in 2019. He joined the “Love & Hip Hop Hollywood” cast as an antagonist to A1 and Lyrica. While Roccstar wanted Lyrica Anderson, he did not stand a chance. All is well, as Angel Brinks and Roccstar are in love. Tonight, Angel Brinks debuted her pregnant belly to Roccstar in the studio, confirming their relationship.

Angel Brinks reveals she is pregnant and Roccstar is the father

More in Video
Brandi confronts Malaysia and she leaves Jackie’s wedding (FULL VIDEO) #BasketballWives #BBWLA [VIDEO]
Footage revealed of Freddie Gibbs being attacked, before his recent concert in Buffalo; Denies that his jewelry got stolen [VIDEO]