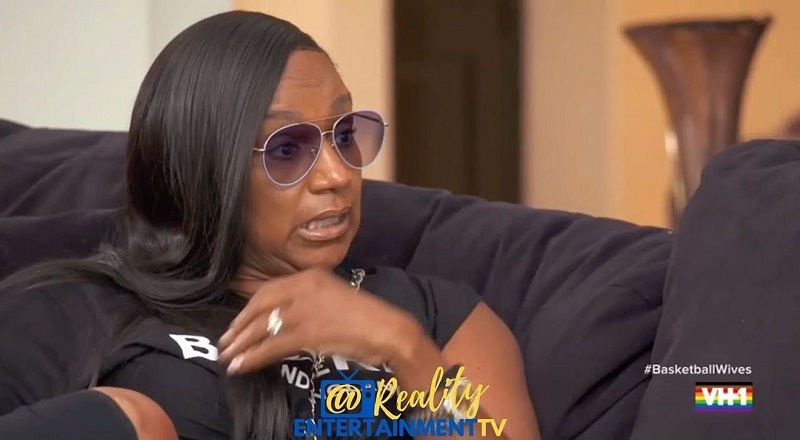 Angel Brinks has come into her own, over the past decade. She went from being the girlfriend of a NBA player to being a successful businesswoman. Courtesy of “Basketball Wives,” Angel Brinks became one of the most well known figures in reality TV. Smartly, Angel Brinks used her reality TV stardom to launch her businesses.

Angel Brinks returned to the show and introduced a familiar face. Roccstar is not only Angel Brinks’ boyfriend, he is the father of her child. Previously, Roccstar rose to fame on “Love & Hip Hop Hollywood,” in what became the final season. Thus far, Angel Brinks has been introducing Roccstar to the ladies.

Angel Brinks is also pregnant, on the show. Recently, Angel Brinks had a sit down with Jackie Christie. In this conversation, Angel opened up to Jackie about her pregnancy. While talking, Angel told Jackie about her informing her mother. Angel said she told her mother that she was going to become a grandmother.

Angel Brinks was already the mother of two children. So Angel Brinks telling her mother she is becoming a grandmother is not the first time.