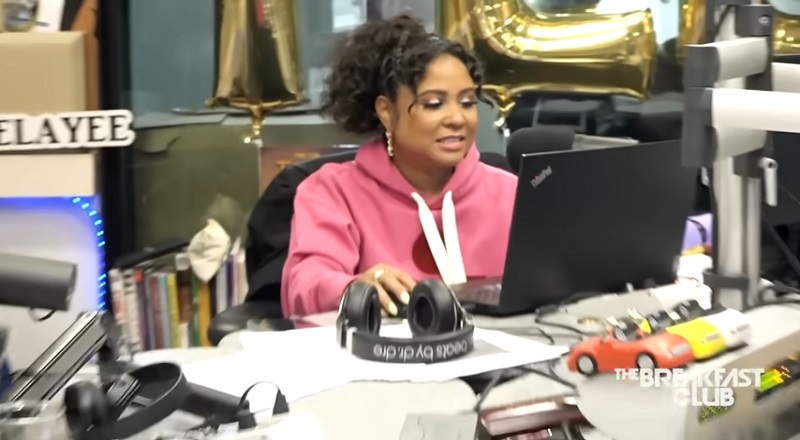 Angela Yee has officially changed the radio landscape, of the past decade. After thirteen years, Yee said farewell to “The Breakfast Club.” She taped her final show on December 2nd. News about Yee’s departure surfaced in August, with her leaving to start a new show “Way Up with Angela Yee.” The popular show featuring Angela, Charlamagne Tha Good and DJ Envy, took over the radio through the power of the internet.

Angela Yee was instrumental in helping “The Breakfast Club” has create an entire culture from their show. Interviewing everyone from musical legends like Patti LaBelle and Spike Lee, in addition to the hip hop legends, such as Jay-Z and Nas. In thirteen years, the show has become the pulse of both hip hop and Black culture. Before joining “The Breakfast Club,” Angela Yee was already a known radio personality. In 2005, Yee worked at Sirius radio, eventually landing her own show “The Morning After with Angela Yee.”

Angela Yee recently posted pictures from her early Sirius radio days, followed with a caption of “#tbt radio chapters @wayupwithyee,” letting fans know her new show is coming. In August, Yee announced she was leaving “The Breakfast Club.” Tonight was her official exit. Although she is leaving, “The Breakfast Club” will continue with the two remaining host. Yee’s new show, “Way Up With Yee,” is set to air on iHeart Media in 2023.