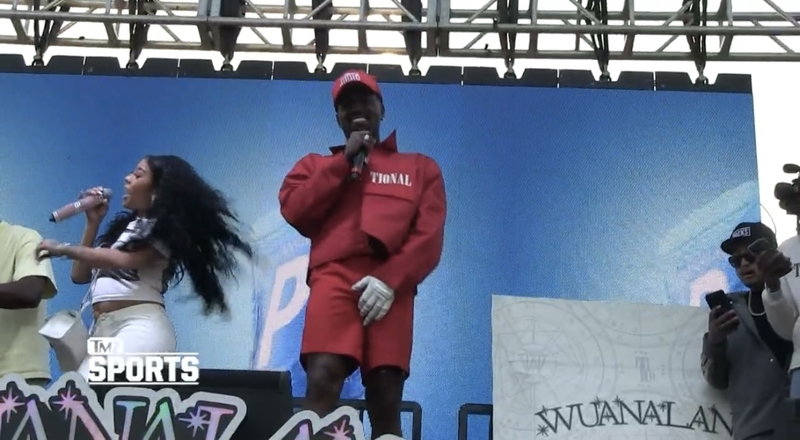 Antonio Brown definitely had an amazing time, as he was seen smoking a foot-long blunt, and also performed songs from his new Paradigm album, which was also released yesterday. This project was led by the “Pit Not The Palace” single, and had some huge features on the album, as well. These included Young Thug, DaBaby, Fivio Foreign, French Montana, Keyshia Cole, 42 Dugg, and more. Keyshia and DaBaby were in attendance at this event, as well.

Also, Antonio Brown went on to hype the crowd, and asked them if he should still play in the NFL. However, he was cut from the Tampa Bay Buccaneers in January, after leaving in the middle of a game vs the New York Jets. Antonio Brown claimed that Head Coach, Bruce Arians, wanted him to play on an injured ankle. AB. has since been pursuing music heavily, and is the President of Kanye West’s Donda Sports brand.

More in Hip Hop News
A$AP Rocky’s arrest in LA, for November shooting, was reportedly planned for more than a week; Police didn’t notify A$AP due to concern of him getting rid of gun
2013 video of Trey Songz groping woman at a party goes viral; Lawsuit will be dropped if Trey settles for $5 million