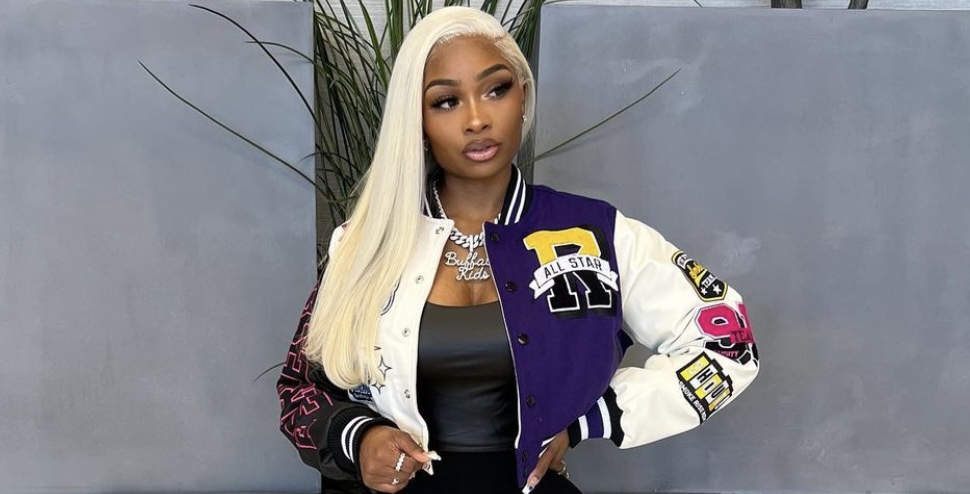 Over the past two years, Armani Caesar has become one of the hottest rising artists out of New York. Hailing from Buffalo, she signed with Griselda Records, home to lyricists such as Benny The Butcher, Westside Gunn and Conway The Machine. 2020 saw Armani release her Griselda debut single, “Simply Done,” featuring Benny The Butcher.

That same year, Armani released her debut Griselda project, “The Liz.” She impressed fans on social media with this album, as many were ready for the sequel. In 2022, Armani has also rocked many major stages, such as Rolling Loud New York.

Now, Armani has just announced the official release date, for The Liz 2. This will arrive on October 21, as she took to social media to post an official trailer for it.

Singles that Armani’s released so far, in preparation for The Liz 2, include “Paula Deen” featuring Westside Gunn, “Poker Night,” and “Hunnit Dolla Hiccup” featuring Benny The Butcher and Stove God Cooks. The official cover art and tracklist for the album are expected to be out within the next week, as well.

Check out the trailer for Armani Caesar’s upcoming “The Liz 2” album, below.

More in Album Preview
Active shooter in Raleigh left four fatalities and bomb squad is called, as suspect may have hand grenade [VIDEO]
Rihanna rumored to be going on 2023 world tour, after performing at Super Bowl