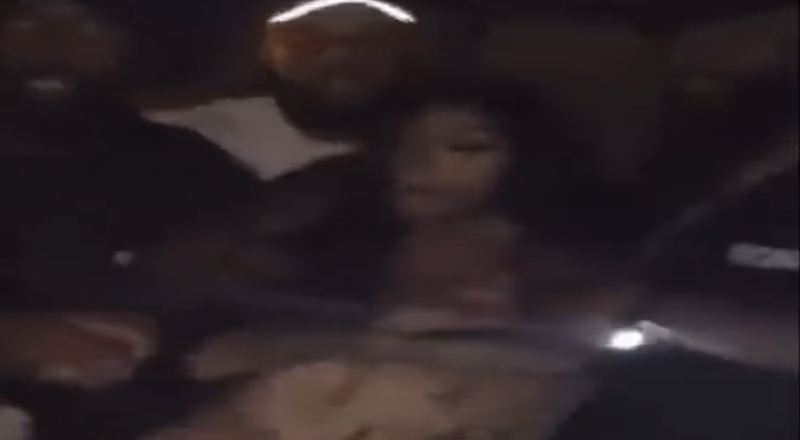 Over the weekend, Asian Doll got into a scuffle with a woman, after attending a pool party event, in Harrisburg, PA. This woman was attempting to reach for Asian’s chain, as the Dallas rapper soon began to respond, by kicking her. Asian also continued to call the woman “stupid.”

The woman went on to get held back by Asian’s security, as she didn’t accomplish her goal of getting the chain. The woman reportedly ended up taking to Facebook Live to speak on the situation, as she claimed that Asian was “f*cking with her.” That soon led to her wanting to take Asian’s chain, according to Hollywood Unlocked.

“The whole time she was f**king with me. I’m snatching that sh*t. I grabbed that sh*t with all my might. That sh*t did not come off.”

Last month, Asian also released her new “Let’s Do A Drill” album. This project contained 20 songs, with features from Dougie B, Tay Money, and more. This was Asian’s first project since 2020, as she’s been exploring the drill genre even further, since then.

Check out Asian Doll getting into it with this chain snatcher, below.

Asian Doll with a handful of wig after some girl tried to snatch her chain pic.twitter.com/syRzm2933Q

More in Hip Hop News
Quando Rondo pays homage to his friend, Lul Pab, after witnessing his death, in LA shooting
Asian Doll speaks on recently fighting woman who tried to take her chain; Says she banged the woman’s head on a car, and kicked her [VIDEO]