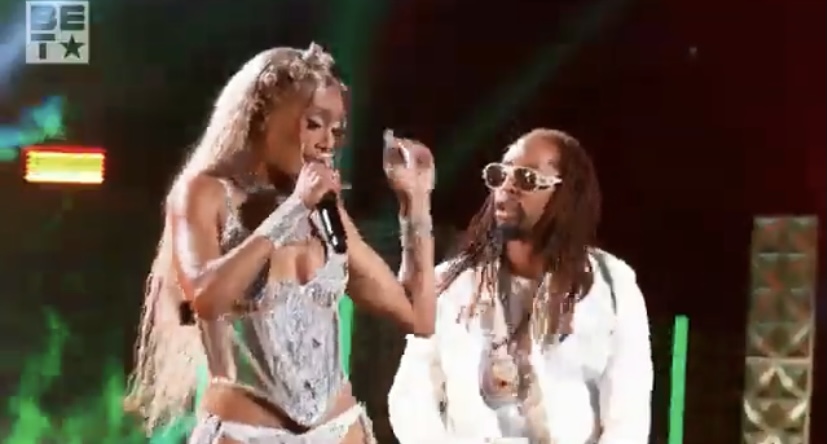 BIA has had a huge year, as she’s had one of the hottest songs of 2021. This is “Whole Lotta Money,” as this record originally blew up, in the spring. In July, the Boston rapper earned a huge feature from Nicki Minaj, on the remix.

Tonight, at the BET Hip-Hop Awards, BIA just delivered a performance of “Whole Lotta Money,” as well as “BIA BIA.” That record included Lil Jon, as he also joined BIA on stage, in Atlanta. Both artists brought the energy, as Jon supported BIA with background vocals. This collab was initially released, in December 2020.

BIA was also nominated for “Song of the Year” for her Whole Lotta Money remix. Other nominees are Back In Blood by Pooh Shiesty ft. Lil Durk, “Late At Night” by Roddy Ricch, “Up” by Cardi B, “WAP” by Cardi B ft. Megan Thee Stallion, and “Laugh Now Cry Later” by Drake ft. Lil Durk.