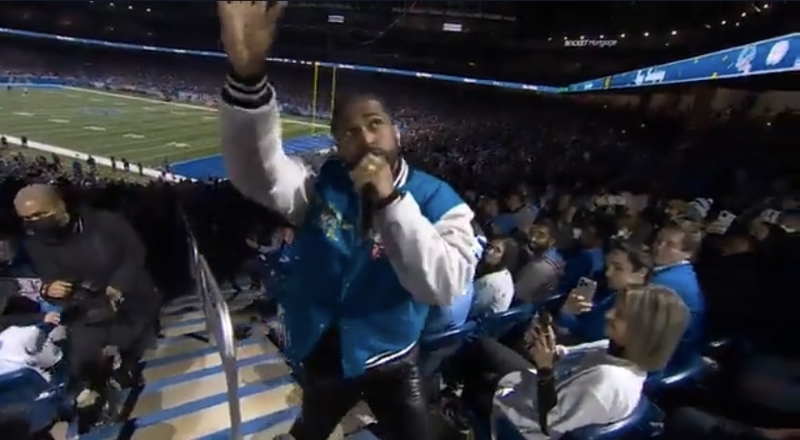 The Detroit Lions continued their annual tradition of playing on Thanksgiving, on Thursday. Things didn’t go well at all, though, as they fell to the Chicago Bears, 16-14, after a field-goal was kicked, as time expired, to give the Bears the win.

The Lions currently stand at a dismal 0-10-1, as they’ve lost 15 games in a row. The only notable moment of the Lions’ game in Detroit on Thanksgiving, was probably Big Sean’s halftime performance.

The hometown superstar went on to perform songs such as “Bigger Than Me,” and “What A Life.” The crowd didn’t seem very energetic, but this was likely due to the Lions’ performance.

Sean’s Detroit Lions halftime performance also comes after releasing his new “What You Expect” EP, with Hit-Boy at the end of October. That project contained six tracks, with appearances from Bryson Tiller, 42 Dugg, and more.

Check out Big Sean performing at Ford Field, during Bears vs Lions, below.

More in Hip Hop News
Mariah Carey’s “All I Want For Christmas Is You,” Goes Diamond
Island Boys get booed off the stage at Club Liv in Miami [VIDEO]