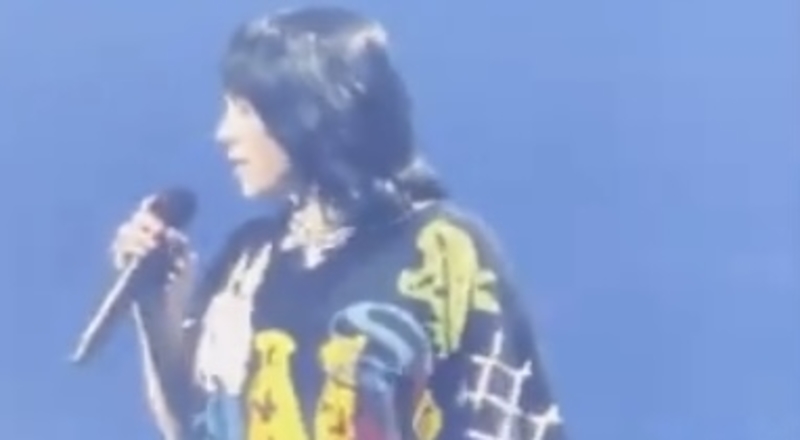 This past week, Billie Eilish kicked off her “Happier Than Ever” world tour. Last night, she made a stop in Atlanta, at State Farm Arena. This concert also featured a very interesting fan interaction.

One fan appeared to have trouble breathing, as Billie paused the show. She was able to get an inhaler for this person. Pausing concerts for fans is starting to become a common theme now, after Travis Scott’s November Astroworld Festival incidents. There, over 300 people were injured, and 10 went on to lose their lives.

Billie appeared to shade Travis as well, while helping get this inhaler to the struggling fan. On stage, the singer said” We’re taking care of our people, hold on. I wait for people to be okay before I perform.” This seemed like a Travis diss to everyone, including those who have seen this viral clip, on social media.

Billie has been one of the biggest stars in the world over the last three years, as she is only 20-years-old. Last summer, she released her sophomore album, “Happier Than Ever.” This went on to become her second straight number one album, and was led by hits such as “My Future,” “Therefore I Am,” and “Your Power.”