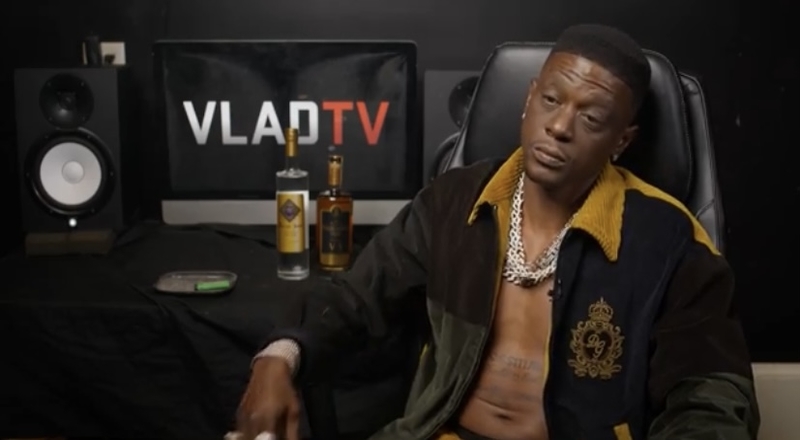 Over the last three months, Boosie Badazz hasn’t been approving of Lil Nas X being so open, about his sexuality as a gay man. Boosie believes that children will be heavily influenced by Nas X, and there’s some “agenda.” Nas X has remained very nonchalant though, and isn’t bothered at all by Boosie, and other critics.

In a new interview with VladTV, Boosie was asked about Nas X, and realizes that he trolls a lot. The Louisiana rapper also wondered why Nas X is able to make himself pretend to be pregnant, but women can’t show any form of nudity, on social media.

Boosie also realized that due to Nas X’s trolling, it’s best to not reply anymore. This is all as Boosie emphasized how he was serious, at the time, with his comments to Nas X.

In other news, Boosie was recently banned from performing on the Legendz Of The Streetz Tour. This is due to he and his team fighting on stage with someone, in the tour’s opening show, in Atlanta, last week.