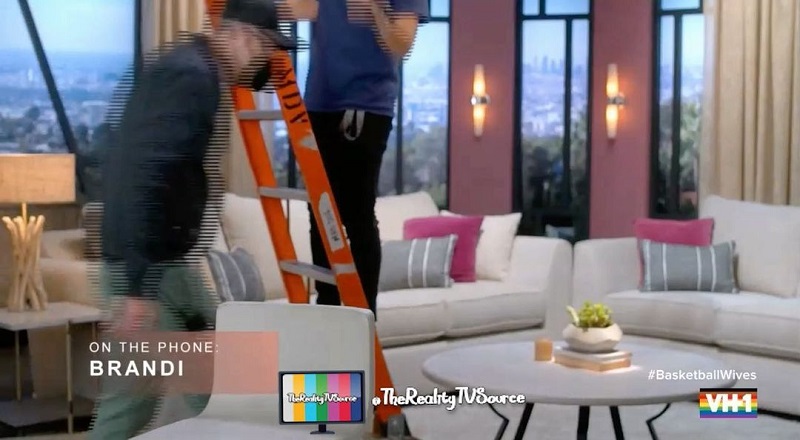 Brandi Maxiell has been the source of controversy, on “Basketball Wives,” this season. However, it turns out, there might be a reason for Brandi acting out. Thus far, Brandi has spent the season beefing with her former best friend, Malaysia Pargo. As a result, Brandi and Malaysia have gone from being best friends to almost fighting.

Brandi Maxiell caught a lot of backlash, last night. When Jackie Christie did her podcast, she invited the girls to attend. In addition, Jackie had Malaysia Pargo as one of the guests on the podcast. While Malaysia was talking, Brandi was seen making faces. As a result, Brandi found herself getting negative feedback from viewers.

Brandi Maxiell has acted out of character and fans have wanted to know why. It turns out, Brandi explained a separate situation that may provide answers. When it was time for Brandi’s confessional, she was nowhere to be found. So, Brandi called the “Basketball Wives” executive producer. While on the phone, Brandi told him that her doctor told her to get checked out. The reason is because Brandi may have cancer.