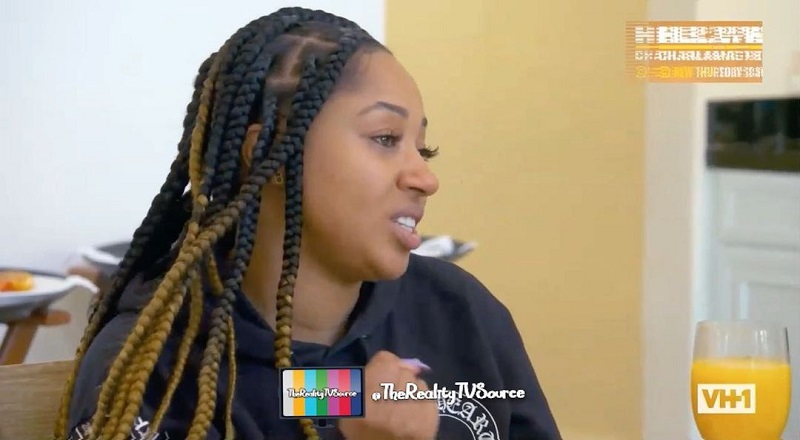 Brittish Williams tells BBWLA ladies what her baby daddy did

Brittish Williams went through an arrest, after being indicted by the IRS. As a result, Brittish Williams had to go to jail, and she turned herself in. At the end of last week’s episode, Brooke Bailey told Jackie Christie that Brittish would not be on the trip. Brooke and Jennifer Williams told the other ladies that Brittish was in jail. On tonight’s episode of “Basketball Wives,” Brittish surprised the ladies, when she knocked on their door, and joined them.

Brittish Williams experienced something most people never want to. However, Brittish was fortunate enough to be released from jail. Not only was Brittish released from jail, but she also was given the opportunity to still participate in Jackie Christie’s trip. Before Brittish got involved with the activities, she had to reconnect with the ladies. Arriving during breakfast, Jackie was trying to get Brittish to eat, while the other ladies asked questions.

Brittish Williams sat down with the ladies and dropped a major bombshell. Earlier in the season, Jackie Christie was trying to get Brittish to get back with her ex, Lorenzo Gordon. Jackie was trying to force this in spite of Lorenzo Gordon having a girlfriend. When Brittish was in jail, Lorenzo was on vacation with his girlfriend, in Hawaii. While talking to the ladies, Brittish revealed Lorenzo threatened to hire a lawyer to get custody of their daughter, while she was locked up.

Brittish Williams tells BBWLA ladies what her baby daddy did