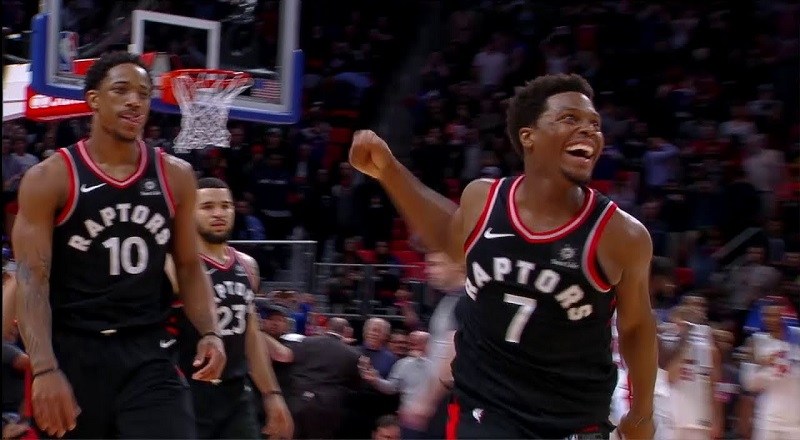 Given the stranglehold the Cleveland Cavaliers have had, on the East, since 2014, the Toronto Raptors looked like they were just the foil. But, every year, the Raptors, led by DeMar DeRozan and Kyle Lowry, got slightly better.

Last season, that ended, as the Raptors had many struggles, and the team faded in big moments. Meanwhile, Isaiah Thomas had an MVP-worthy performance, leading the Boston Celtics back to prominence. In the end, the Celtics played foil to LeBron and Kyrie, in 2017.

During the offseason, things suddenly changed, when Kyrie Irving asked for a trade. He joined the Boston Celtics and the team quickly became the East’s top team. On the flipside, the Cleveland Cavaliers had many struggles, leading to the team being blown up.

While all that was going on, DeMar DeRozan was silently having the best season of his career. In terms of individual performances, DeRozan is on par with James Harden, this season. As the Rockets have battled the Warriors for the NBA’s top record, the Raptors were quiet about it, but they entered the same discussion. The Raptors, right now, are only a few games back of Houston and Golden State, for the NBA’s top record.

As DeMar DeRozan is becoming the clear leader of the Raptors, Kyle Lowry is settling into the position of the team’s second option. Hands down, they are the best regular season team, in the East, but they have disappointed in every playoff run, except for 2016, where they still lost. Frustrated about last season, the Raptors have played harder, but the playoffs will give them either Boston or Cleveland, in the Conference Finals, to beat.

Before they even get there, they’ll have to face the same Miami Heat that pushed them to 7, in 2016, a scrappy Milwaukee Bucks team that had them down 2-1, in last year’s playoffs, or an energetic Philadelphia 76ers, in the first round. Their second round matchup will likely have them going against the Washington Wizards or Indiana Pacers, which they could beat, but could weaken them for Boston or Cleveland.

So, back to the original question, can the Raptors actually tough it out, and get to the NBA Finals?

Watch the Raptors’ highlights vs. the Cavaliers and Celtics in 2018 below: