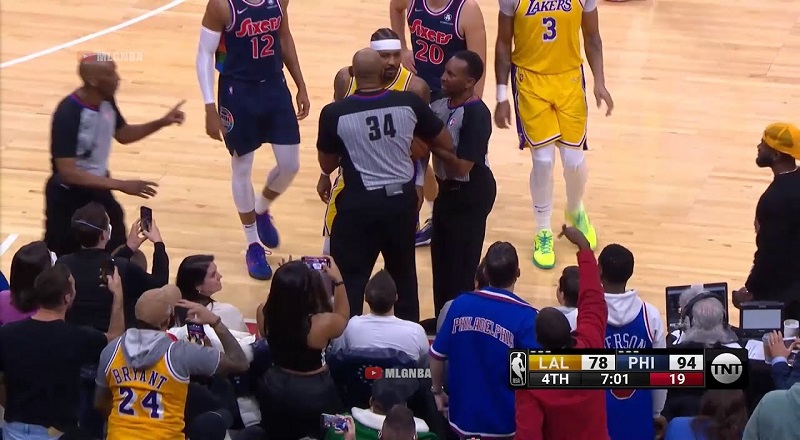 Carmelo Anthony argues with 76ers fans and gets them kicked out

The Lakers’ win over the Brooklyn Nets said more about the Nets than it did LeBron James’ team. All season long, the Lakers have struggled, which is a far cry from their 2020 season. After that title run, the Lakers lost much of that core. But, during the first half of last season, the Lakers were dominant. A 21-7 start had the Lakers behind only the Utah Jazz for the NBA’s best record. Last year, the Lakers fell into the play-in, needing a LeBron James’ game-winner, over the Warriors to make the playoffs, where they’d lose to the Phoenix Suns in the first round.

This season, the Lakers find themselves looking up at the Suns, Warriors, Grizzlies, and Jazz at the top of the West. But, the Lakers also have the Mavericks, Nuggets, Timberwolves, and Clippers keeping them out of playoff contention. A bright side for the Lakers is that they are currently in the play-in and they finally have Anthony Davis back. Unfortunately, that didn’t matter, facing the Philadelphia 76ers. Having been without Ben Simmons, all season long, the Sixers are slumping. After expecting to dominate the East, they have the Heat, Bulls, Cavs, and Nets ahead of them.

Lately, the Sixers have played well, and they’re tied with the Nets for the fourth spot, out West. Tonight, they have blown the Lakers out, and prevented a fight. Carmelo Anthony was being heckled by some 76ers’ fans, and he had enough, so he walked over to confront them. Joel Embiid stepped in to stop this and the fans were removed.