Home » Video » Coi Leray lookalike goes viral, after being spotted at a mall, with security [VIDEO] 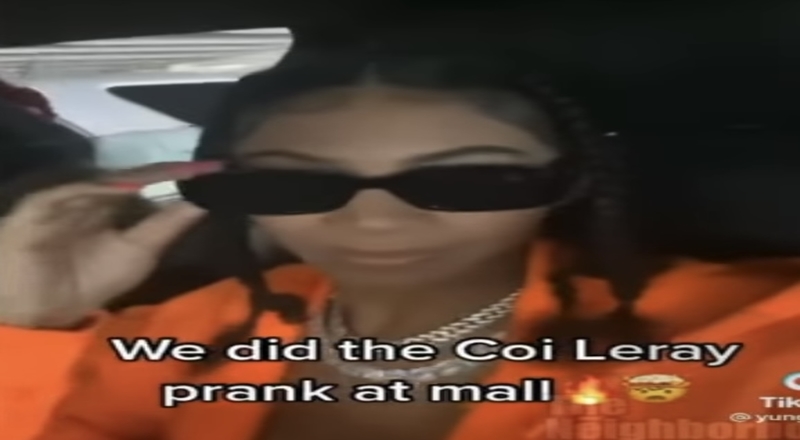 Coi Leray lookalike does prank at a mall

Lately, there has been an increase in people going viral on social media, who look like certain rappers. These include a Drake lookalike who got booked for nightclub appearances in 2021, and recently, a Lil Durk lookalike. But, Durk even met up with that man, who who goes by “Purkio,” and shot a music video with him.

However, there appears to be another popular rapper lookalike. A woman is now going viral, for her looks being similar to that of Coi Leray. But, this was supposedly a prank, as she went to a local mall, and many people supposedly thought that she was actually Coi. Also, This woman was wearing jewelry, and was escorted by security, to make her seem as if she was Coi.

Coi ended up being one of the biggest breakout artists of 2021, as she created hits such as “No More Parties” remix featuring Lil Durk and “Big Purr” featuring Pooh Shiesty. This past March, she put out her debut studio album,”Trendsetter.” that project was led by her latest major hit single, “Blick Blick,” featuring Nicki Minaj.

Check out the Coi Leray lookalike in action.

Coi Leray lookalike does prank at a mall

Continue Reading
You may also like...
Related Topics:coi leray, featured