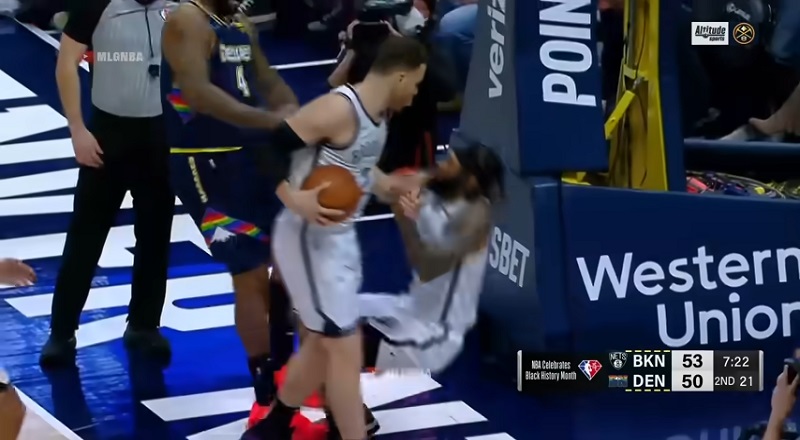 Last night, DeMarcus Cousins got blocked by Deandre Bembry, early in the game. Entering this season, the Nets and Nuggets were expected to be contenders. In 2020, the Nuggets upset the LA Clippers to advance to the Western Conference Finals, to play the Lakers. Though they lost in five games, Denver showed promise, as a future contender. Last season, Nikola Jokic won the season MVP award, but the Nuggets got off to a slow start, this season.

The dynamics of the West have changed, as the Phoenix Suns have taken the NBA’s best record. Chris Paul is playing like the MVP and he and Devin Booker are a strong duo. Meanwhile, the Golden State Warriors have returned to prominence, as Steph Curry got off to a hot start, and Klay Thompson finally returned. Then, there’s Ja Morant putting the Memphis Grizzlies back on the map, and the Utah Jazz have held their position, despite being in freefall. Now, the Nuggets and Dallas Mavericks are making their play.

In the East, the Brooklyn Nets have been expected to do what the Suns have done. Instead, they’re on the outside looking in as the Heat, Bulls, Sixers, and Bucks have battled it out. After blocking Boogie Cousins, Denadre Bembry got knocked to the ground by him. Cousins helped him up in the most aggressive way ever. The Nuggets got the home win and have an identical 29-24 record as the Nets.