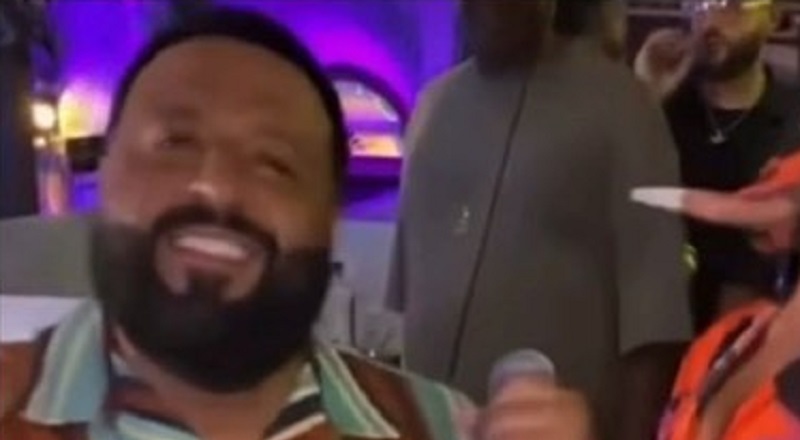 DJ Khaled is a man who enjoys a good time. A few years ago, DJ Khaled expressed frustration in his career not going how he wanted it to. This was when DJ Khaled went on “The Breakfast Club” to discuss his new album. Instead of living there, DJ Khaled went to Snapchat, where he began sharing positive messages.

DJ Khaled won the game over by loving his way out of the situation. Through his career, DJ Khaled always dropped singles with major artists. However, DJ Khaled’s goals were to have chart topping hit singles. After building his buzz, via Snapchat, DJ Khaled began doing just that. With “Wild Thoughts,” DJ Khaled celebrated, and introduced his infamous dance.

DJ Khaled shuts the internet down, every few weeks to a few months. Normally, DJ Khaled does his thing with his dancing. Recently, City Girls added another accomplishment to their belt. JT and Yung Miami landed a single with Usher. The new single from City Girls, “Good Love,” is doing very well right now. This is the first major single from Usher, in a few years. The song has DJ Khaled’s stamp of approval, as he did his notorious dance to it.

More in Hip Hop News
Jennifer Williams congratulates her ex husband, Eric, on his new marriage
Craig Robinson speaks on his comedy show being stopped by an active shooter