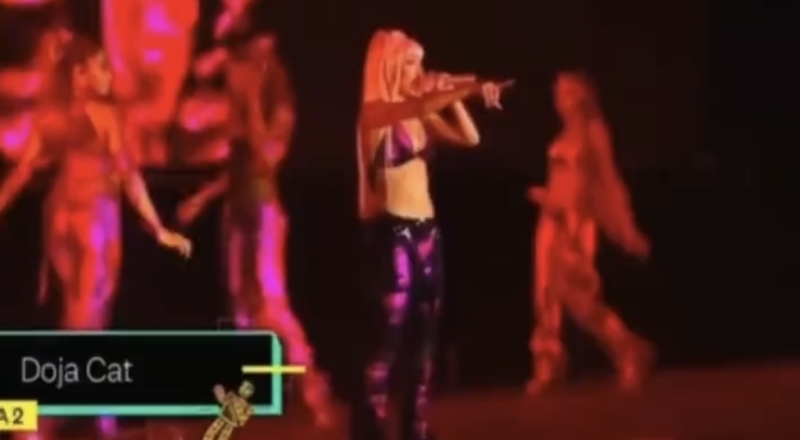 Many artists have done everything possible lately, to help fans who appear to not be feeling feel, at their concerts. This has started to become a common trend since November, after over 300 fans were injured, and 10 died, at Travis Scott’s Astroworld Festival, in Houston.

Billie Eilish was one of the recent stars to help a fan at her concert, in Atlanta. She was seen attempting to get them an inhaler. Now, Doja Cat is the latest, at her Lollapalooza Argentina concert, on Saturday night. This went down, during her performance of “Options.”

“I love you guys, I really do,. But we can’t have that happening, but I’m not just gonna… as long as somebody’s going out there. You guys, over there in that circle that just signaled to me, when everything’s OK, you just go like this. Just do that. Just wait. If it’s not OK, don’t do anything, but once it’s OK, just do something with your hands like this.”

However, after this situation was settled, Doja proceeded to perform her 2019 hit single, “Say So.” This comes after a massive 2021, where her “Planet Her” album was number two in the US, and had even more hits, such as “Kiss Me More,” featuring SZA, “Woman,” and “You Right,” featuring The Weeknd.

More in Hip Hop News
Trevor Noah denies being the one who got Kanye West’s upcoming Grammy performance canceled
50 Cent says there’s three episodes of “Power Book IV: Force” left, and won’t have anything new airing on STARZ, for the next six months