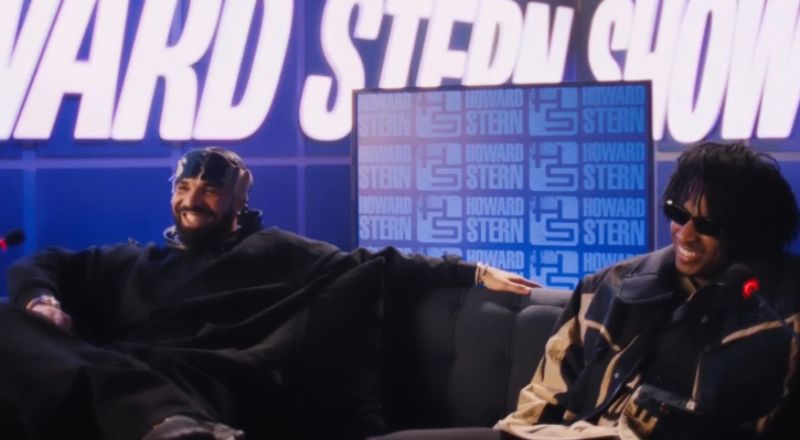 Drake and 21 Savage get personal in a new interview. Drake released a clip via Instagram with him and 21 Savage on The Howard Stern Show. With a caption of “Absolutely NO filter with the incomparable @sternshow..thanks for having us..” Drake doesn’t hold anything back as Howard Stern asks him questions about his love life. In the clip Drake goes into detail about physical preferences in a woman in addition to his opinions on marriage.

Drake and 21 Savage have a nice history of making amazing music together. The two have collaborated on several singles, including Sneaking and Knife Talk. Although a first joint collaboration from the pair, Drake is not new to collaboration albums. In 2015 he collaborated with Future on the “What A Time To Be A Live” album.

Drake and 21 Savage are gearing up to release their collab album Her Loss, one of the most highly anticipated releases of 2022. In the video for the single Jimmy Crooks featuring 21 Savage, they revealed the collaboration with fans, announcing the project with an initial release date of October 28th. However, the producer for the album Noah “40” Shebib contacted COVID, delaying its production. As a new date of Nov 4th is announced, fans anticipate the release.