Home » Video » Drake Praises J. Cole, By Saying He’s “One of The Greatest Rappers to Ever Touch A Mic,” During Cole’s “The Off-Season” Tour, in Miami [VIDEO] 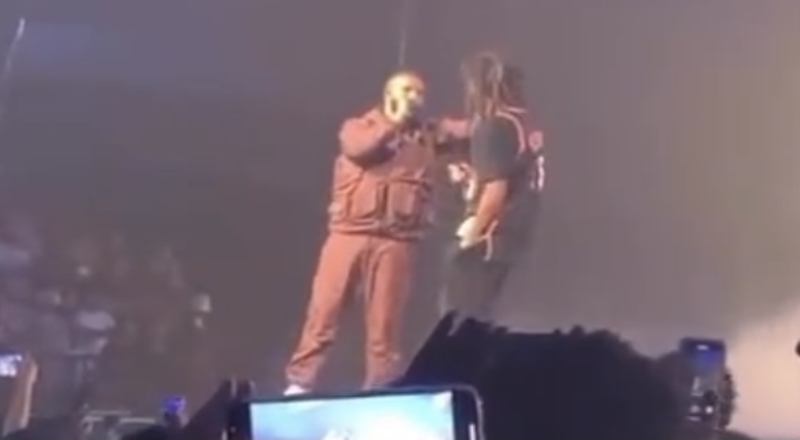 J. Cole kicked off his “The-Offseason Tour,” in Miami, on Friday night. 21 Savage and Morray are also guest performers, during these stops. One of the most memorable moments on Friday night though, was Cole bringing Drake on stage.

There, Drake showed Cole plenty of love, and acknowledged that Cole is one of the greatest artists of all-time. He also gave Cole his props for remixing his “Pipe Down” song, which was released as “Heaven’s EP.”

“I just like, I gotta say this ’cause I don’t always wanna have a heartfelt moment when we’re on stage together,” Drake said. “You know, you did that ‘Pipe Down’ freestyle the other day. You was sayin’ in the freestyle that they gave you the bronze or whatever, me and Kendrick [Lamar]…I just want you to understand something. You are genuinely, without a doubt, one of the greatest rappers to ever touch a mic.”

Drake also let Cole know how much he loves him as a brother, and how he’s one of his favorite artists. This comes 10 years after the last time they collaborated, on Cole’s “In The Morning” single.

“I just want to let you know, there’s way too many people in the world that think and know that Cole is in the top position,” Drake continued. “I love you with all my heart, you’re my brother, one of my favorite artists. Always appreciate you having me out here.”

Check out Drake giving J. Cole his recognition below.