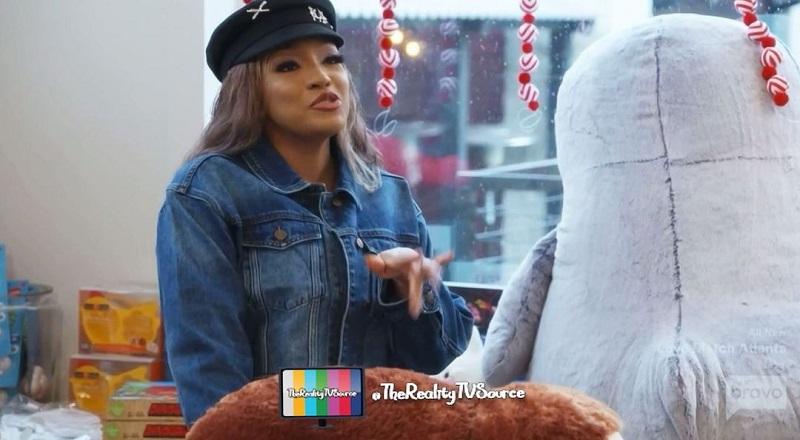 Drew Sidora tells her friend about Sheree shading her

Drew Sidora joined “The Real Housewives of Atlanta” cast last season. Last season, Drew Sidora made her debut on the show. Like this season, last year’s RHOA saw the changing of the cast. As Drew Sidora was a housewife, she was originally finding her way within the cast. Then, there was the infamous episode where Drew was accused of getting intimate with her cast mates.

Drew Sidora attended the bachelorette party for Cynthia Bailey. During the after party, Drew Sidora was with LaToya Ali, Porsha Williams, and Tanya Sam. Those four, along with the male entertainment, were accused of having a fun night. While Drew Sidora is married, she was single that night. Despite how it began, Drew Sidora and LaToya Ali wound up being enemies.

Drew Sidora is back for her second season on “The Real Housewives of Atlanta.” With Drew and her husband more committed than ever, they are mingling. LaToya Ali is gone and Sheree is back. Drew met Sheree at Marlo’s event. When Drew introduced herself to Sheree, she felt light shade. As Drew kept making conversation, Sheree kept shading. Tonight, Drew shared the story with her friend.

Drew Sidora tells her friend about Sheree shading her