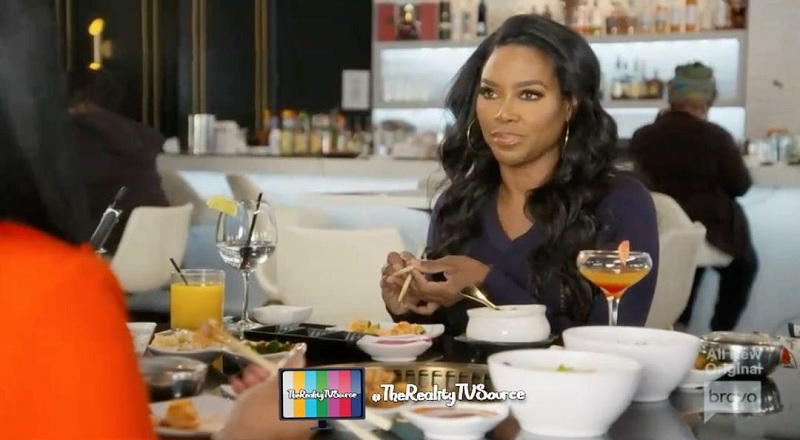 Drew Sidora is still shocked with her friend, Sanya’s, actions from last week. As one of “The Real Housewives of Atlanta’s newest additions, Drew Sidora received mixed reactions. From the beginning, Drew Sidora clashed with Kenya Moore, the resident bad girl. This season, things are different. On one hand, Kenya doesn’t have her longtime friend, Cynthia Bailey, this season. On the other hand, Drew Sidora doesn’t know if her friend, Sanya, is even a friend at all.

Drew Sidora brought Sanya Richards-Ross to the show, this season. Despite Sanya being Drew’s friend, Sanya was siding against her. While this was going on, Kenya Moore was surprised to see how Sanya was acting. Kenya’s surprise led to a sit down for lunch that nobody saw coming. After Drew and Kenya had their huge argument, last year, they sat down for a meal. Much of this was due to Kenya wanting clarity on what is going on.

Drew Sidora sat down with Kenya Moore and spoke on Sanya. As a result of how Sanya was acting, Kenya Moore questioned what kind of friend she was. In turn, Drew told Kenya that she does not think Sanya is acting like a real friend. Furthermore, Drew Sidora said that she is not being loyal. She went on to add that she is not using her own mind. When Kenya asked Drew about Sanya’s photoshoot, Drew said she was invited… and then uninvited.