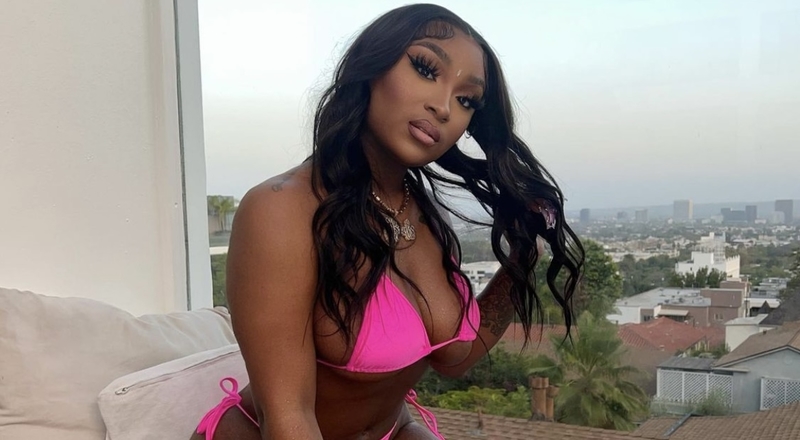 Erica Banks announces that she got her body done

A week ago, 1501 Certified Entertainment rapper Erica Banks, was getting a lot of heat on social media. She appeared on the “Big Facts” podcast, where she expressed her disappointment that Nicki Minaj unfollowed and blocked her, on Instagram. Erica went on to claim that Nicki works with female rappers who can’t actually rap. Erica refused to list any names, though.

Last week, Erica still put out her new “Pop Out” single, which has since gotten a lot of love from her fans. She is also kicking off this weekend by announcing that she recently got her body done. This was as she posted videos of her latest trip to Los Angeles.

Erica included plenty of voiceovers in the post, as she relaxed by a pool area. She also boasted about how much she spent on getting her body done.

“Yes, I got my body done,” Banks announced. “Don’t ask what I spent cuz it’s four times your rent.”

Erica originally turned into a star, back in 2020. That came after signing with 1501, along with her “Buss It” single blowing up, that winter. The song was first released, in the summer.

Erica Banks announces that she got her body done

More in Hip Hop News
Pusha T earns his first number one album, with “It’s Almost Dry”
White woman slaps a cop in Sephora and bites him, but claims the cops attacked her [VIDEO]