Home » Video » 6ix9ine gets into altercation with fan who throws a can at him, at UFC fight, in Las Vegas 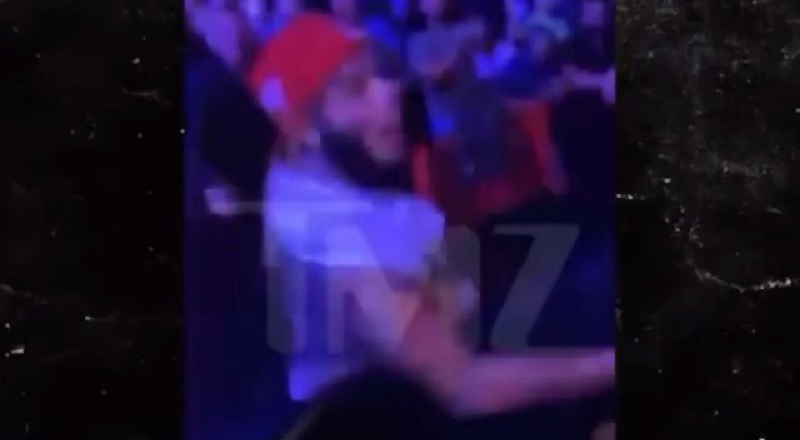 Through his career, 6ix9ine has been involved in nothing but controversy. In 2017, he rose to fame by trolling, getting into a high-profile beef with Casanova. After a year of trolling, he scored a radio hit single, with “FeFe,” featuring Nicki Minaj.

6ix9ine got involved in the snitching controversy, which cost him all of his co-signs. But, in 2020, he proved he could still make hits. He reunited with Nicki Minaj, jointly topping Billboard, with their single, “Trollz,” which was one of last year’s biggest hits.

In 2021, 6ix9ine has kept a low profile, for the most part. He spent his weekend, in Las Vegas, attending UFC Fight Night, which led to controversy. A fan spotted him, throwing a beer can at him, which led to him throwing the can back, and trying to fight the fan.

More in Hip Hop News
Drake’s “Certified Lover Boy,” Has Officially Spent Three Straight Weeks, at Number One, on Billboard 200 Chart
Lil Durk and Lil Baby Want to Put Nicki Minaj on Deluxe Edition of Their “The Voice Of The Heroes” Album