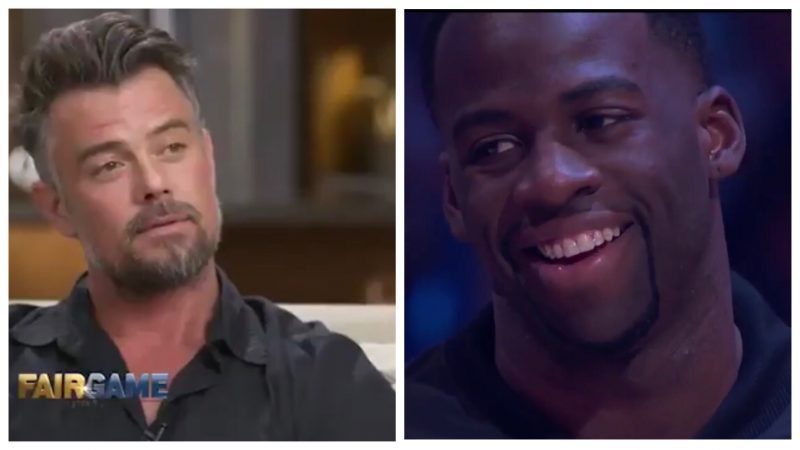 Fergie’s ex-husband, Josh Duhamel, is calling out Draymond Green and his teammates for laughing during Fergie’s awful rendition of the National Anthem.

He sat with Fair Game on FS1 to say:

“The thing that made me upset is that she was taking a lot of really cruel sort of … comments. People were really trolling. I was pissed off at Draymond Green, first of all. I think he owed her an apology. I thought he was kind of a p—-. Just because he knew the camera was on him. And he snickered about it. I just thought if he would’ve been a real man, he would’ve at least called her and said, ‘Listen, I’m sorry that I caused all this.”

The Warriors got wind of Josh’s comments and decided to troll him some more. While in the locker room, they all danced to a remix of Fergie’s infamous Anthem rendition, and I must say the remix is a bop.

Josh took to the twitter to throw the white flag in the battle with the Warriors. He tweeted:

“Note to self: Think twice before you call out the champs.

Note to Josh: everyone laughed that her performance that night, not just

Note to self: Think twice before you call out the champs.
Well played @warriors #NBATwitterisnojoke #sorryferg pic.twitter.com/W2ePGvEM8w

Hahaha it was never any disrespect to her… But the challenge about to be lit G!