Home » Video » French Montana Says “Splash Brothers” Collab, With Drake, Was Delayed, Due to Song Not Being Finished, and Drake Not Being in “Right State of Mind” After Astroworld Festival Tragedies [VIDEO] 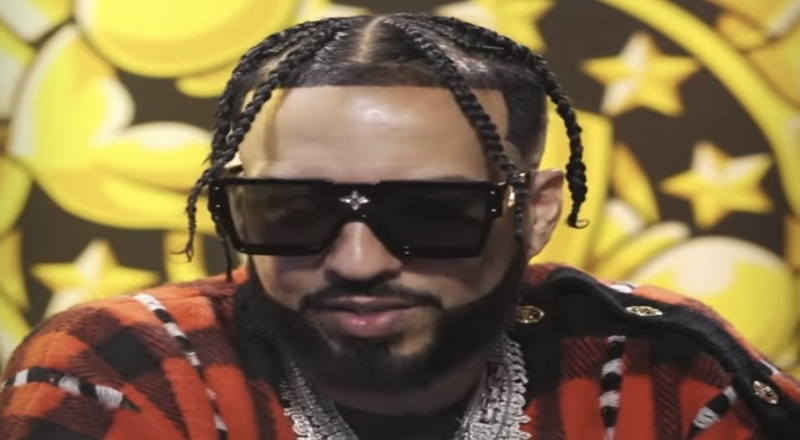 On November 19, French Montana released fourth studio album, “They Got Amnesia.” That arrived after being delayed, the week before. This project contains 21 tracks, with appearances from Moneybagg Yo, Coi Leray, Latto, 42 Dugg, Doja Cat, Saweetie, Rick Ross, Lil Durk, and more. They Got Amnesia went on to debut at number 59, on the Billboard 200 chart.

Another major artist that was supposed to be featured on They Got Amnesia, was Drake. This song got dropped from the album, and there were rumors that Drake asked French to, due to the song supposedly dissing Drake, or because of the Astroworld Festival injuries and deaths happening, as Drake has been listed in lawsuits, as well as Travis Scott.

Now, in a new interview on Drink Champs, the New York rapper is clarifying the Drake collab. This record was titled “Splash Brothers,” as French revealed that this wasn’t completely finished. Drake’s mind also wasn’t right, due to what happened in Houston, with Astroworld Fest.

“The record wasn’t fully done yet. “We still had to change a couple of things in the record, and he was telling me to push the album back so I can have the record. He was going to make the change and that thing just happened. So, the guy’s not in the right state of mind, like nine people died and a nine-year-old, God bless man, send love to all they families. I don’t expect him to get in the studio and fix the record, like that would be selfish of me.”

Over 300 people were injured at Astroworld Fest, and 10 lost their lives. Travis is also facing over 300 lawsuits, which includes on that is seeking $2 billion, in damages.

Check out French Montana speaking on Drake during his Drink Champs interview, below.