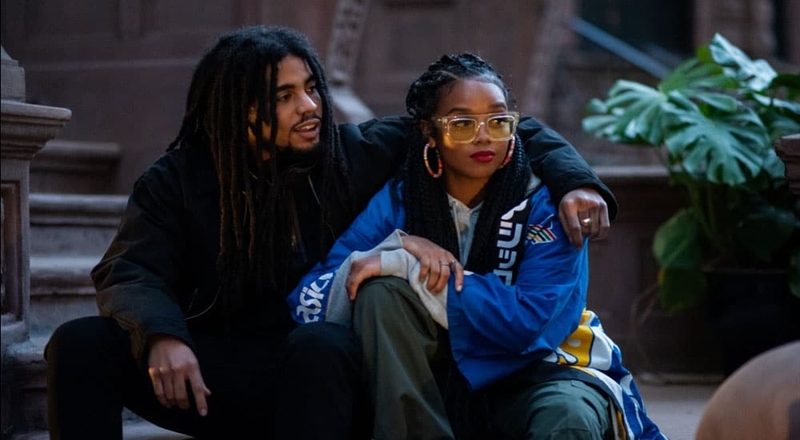 Back in November 2019, Skip Marley had one of the hottest records of the year and leading into 2020 with his “Slow Down” single featuring H.E.R. This was a fan-favorite as it soon appeared on Marley’s “Higher Place” album. Since then though, rumors have swirled that he and H.E.R. have been dating.

In a new interview with “The Morning Hustle,” H.E.R. spoke on these rumors and denied being in a relationship with Marley. She simply sees the son of Bob Marley as someone who’s “super chill” and nothing more.

“I fell in love with the song and we finally met and, yeah, it was a vibe. Skip, I love Skip. Like, that’s definitely somebody I can chill with and be cool with. Skip is one of those guys, he super talented and super chill. It’s never on some extra stuff.”

Currently, H.E.R. is seeing a lot of success with her “Damage” single as it is currently No. 61 on the Billboard Hot 100 chart. The R&B star also released her new “Come Through” single featuring Chris Brown almost two weeks ago. During that time, H.E.R. added that her debut studio album is finally on the way and is titled “Back Of My Mind.”

Check out H.E.R. speaking no Skip Marley below.

More in Hip Hop News
Black man shares video of a cop following him, eventually confronting the officer, who told him he “looked suspicious,” and then asked for his ID, despite not pulling him [VIDEO]
Fortunato ft. Che Uno and Royce Birth – “Man Myth Legend” [VIDEO]