Home » On the Rise » HHV On The Rise: DMVC BLVCK 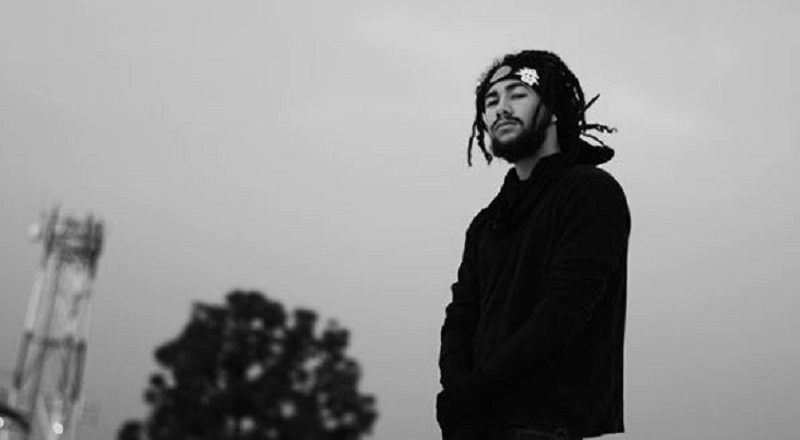 In a lot of ways, the city of Charlotte is similar to the city of Atlanta. The cities are often compared, in the media, with people calling Charlotte the “new” Atlanta.” Definitely, the potential is there for Charlotte to continue growing, but the music scenes are vastly different.

While Atlanta had a major emergence, with the music industry, and became a mecca, Charlotte is still only developing. Several rappers have made noise, from the city, but none have had staying power. One artist, DMVC BLVCK, has a reason why this may be.

DMVC BLVCK represents Charlotte, but moved to Los Angeles. This week, he did an On The Rise interview, where he explained this whole situation. He also explained what is coming up with his new music and his records.

Why did you feel the need to move to LA, to further your music career? I really just wanted to move out of Charlotte and get away, no offense to my hometown, it’s still nothing but love. I wanted to push myself and see just how bad I wanted to succeed and how far I was willing to go, and where else better to live and chase your dreams than the hub of the music industry? Where I’m from, people don’t really support you locally until your “on” or your accepted elsewhere then people like to join the bandwagon.

I don’t even think J.Cole blew up in NC. I believe he had to go and venture out an make a way of his own, before he really gained that following from back home. So, I made a plan and I executed, I made certain sacrifices and drove from coast to coast I knew if I could accomplish my goal then I could take on just about anything.

As a Charlotte native, why do you feel the hip hop scene hasn’t taken off there like how it did in other cities? That’s a great question as we actually have some of the most talented individuals I’ve ever met but we just haven’t found the right platform to really get it off the ground I guess.

I will say we are not as supportive of each other as we could be and I think that has a lot to do with it, everyone wants to be in the spotlight instead of building off of each other so that everyone has a chance to shine.

I’m very confident all of that is about to change very soon, as we have a wide range of talented artist from Deniro Farrar, to 10cellphones who are paving their own way and making a name for the city.

And shout out LiveForever an all my brothers back home, R.I.P Purp.

In a time where every artist is a diverse artist, what makes your music stick out so much? I feel like my sound is authentically different. I know how overly saturated the music industry is, especially in hip hop, and I’m very aware of the styles an trends that are most popular, and with that, I try to combine my own originality with what is most currently appealing at the time and adding my own twist not to sound like everyone else. But, I believe even my voice alone is unique in itself.

Putting my bias to the side, I experiment regularly with other genres and put out pieces of work that people with all different taste can appreciate.

Can you tell us more about you GEKYUME project? So, I titled the project Gekyume, not only to pay homage to a great artist we’ve recently lost this year, but also because it means “the next level or next level of thinking.” I feel like from the time I left Charlotte, all the way up until now, I’ve evolved in a sense, as a person and as an artist an this is now my next level of evolution.

It is a little darker in comparison to my last project Travel which has more of a feel good vibe but I think it’s right in time for spooky season an fall vibes.

Do you believe this project accomplished all that you needed it to accomplish? I do, and this is only the beginning. I literally just dropped and I’m just getting started.

How will you top all of this on your next project? My next project, whether it be another EP or an album, will have a completely different sound and vibe to it but it will definitely blow this project out of the water.

When should fans expect you to drop again? I’ll probably drop a few singles and maybe even another little EP, before the New Year, and then I plan to drop the album around summer.