Home » On the Rise » HHV On The Rise: RBC Bugzy 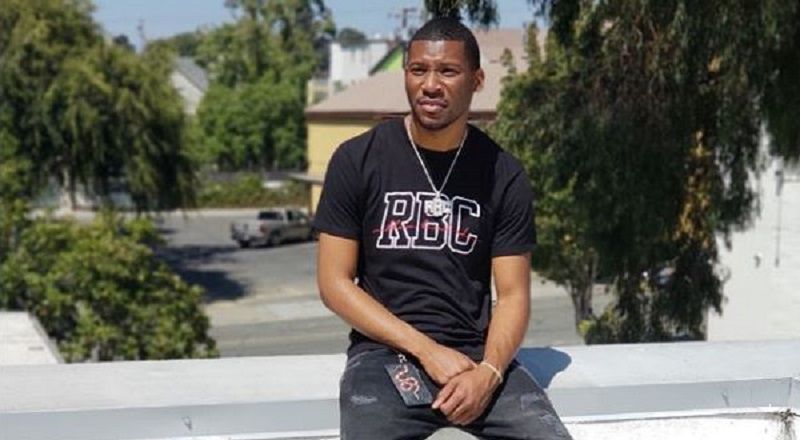 Often overlooked, Richmond, California, both the city and county, are prominent in hip hop and the culture. This is the actual birthplace of the famed No Limit Records. Even after he embraced his native New Orleans, P still shouted Richmond out.

On television, the popular series, “The Game,” prominently featured the city of Richmond. This is where Malik Wright (Hosea Chanchez) was from. When the city finally gets its proper rights, RBC Bugzy says he will be the face of it, and his music will make believers from doubters.

RBC Bugzy recently took time out to do an On The Rise interview. He would discuss his city’s position in hip hop and what he feels his position is. The rising rapper also discussed his music, which is making tons of waves, getting bigger with each song release.

Even though Richmond, CA has been home to some dope rappers, they haven’t had that standout figure. Do you believe you will be the artist to make that happen? Being completely honest yes I do believe I will. I think I have the talent, work ethic, and most importantly the music to take things where ever we want to take them. If I’m not the one to do it I strongly believe we will be the one to open the door for the next up to really do it and became a superstar in this game.

With 2018 coming to a close, do you feel as though you accomplished your goals for the year? For the most part yes it was more of a sit back and observe year for me and my team trying to figure out which way to go next the things that were working for us and the things that weren’t. I feel like gearing for the next year or five years this question will be answered way differently, because now that we have some things mapped out it now becomes all about execution.

Alright, you recently dropped your Good Life EP, why do you believe this will be your most-successful project, to date? I believe it will be my most successful, because my mental mind state while recording it. I didn’t think about other people opinions, or thoughts or anything like that during this project and I didn’t write any of it so it came natural. It also came after me taking time to myself and really finding myself and who I am. The process with my producer/engineer was what made it magical every song was cooked up on spot from the beats to the lyrics and to be able to help with the production was amazing. S/o my producer MD he made this amazing.

How much did your father’s history influence you to get into the music industry? My father’s history was a huge part. He is the one who like always influenced me to never have a job be your own boss even if it wasn’t with music, but as you can see it just ended up being that. It was also my big brother influence he was doing music before me and always tried to get me to do it and I would always wave him off like “naw, that ain’t for me,” especially because I was still heavy into sports at the time and thought I still had a shot at going pro. Then, one day, we had a studio in the garage and I didn’t tell anybody and just locked in and came out with a mixtape. As far as business, though my father is most influential behind that because he always had me around it.

Can you tell us more about your Rubberband Clan crew? The Rubberband Clan crew consist of my brothers. I don’t call them my artist or anything like that everybody apart of this is all family. First is my brother Rich City Stu he was the one who really stood by me when I started this collective. He has a lot of new music coming and geared up for 2019 which honestly I’m really excited for because he always pushes his music back for me or to help get my sh*t out on time.

Second is my brother (cousin) RBC Dobe. Dobe has alot of new music out now he dropped like two projects in 2018 and we gearing him up for a lot more, too, this year in 2019. Both of them have music on all streaming platforms go look them up ASAP. Third is my DJ, DJ Shellheart which has done nothing but progress every year. She also DJs for my partner Rexx Life Raj and it has been amazing to watch both of them blossom. If I’m not mistaken, I think she has like three tours under her belt rite now. This year I been shifting my focus with her more on putting music out because you know now a days those two go hand in hand, so be looking for new music from her.

What is your favorite city to perform in, outside of your hometown? My favorite city, besides home, to perform – up to this point – would have to be Portland Oregon. I’ve performed out that way twice in the last year and a half and it has been nothing but love both times probably had the times of my life as far as music and performing. I also plan on going back real soon.