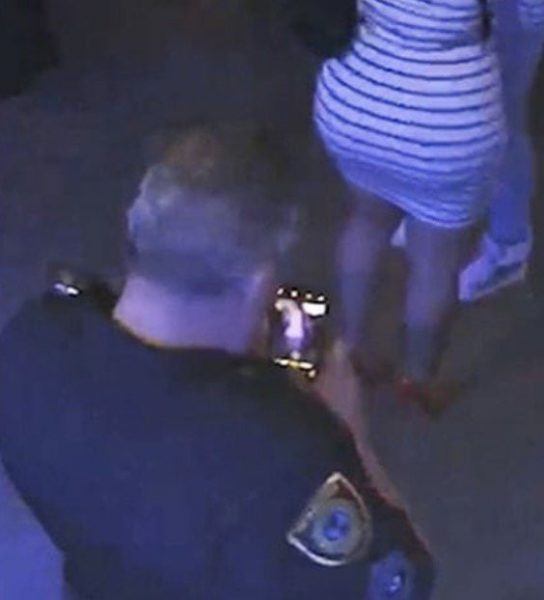 A Houston cop could now be facing disciplinary action after he was caught on video at the Drake and Migos concert, taking a picture of a woman’s butt.

The incident happened Tuesday night at a Drake concert when a woman recorded a video of an HPD officer taking pictures of a woman’s rear end.

Jessica, who didn’t want her last name used, said she was shocked at what was happening in front of her. She tells us the officer had no idea he was on camera, caught taking pictures of an unsuspecting woman.

“He was really oblivious to the fact that there were people above him that could actually see his phone and see what he was doing,” she said.

Jessica recalled, “At the time I was like laughing, I was like, ‘Wow, this is like, this is crazy. I can’t believe I am actually seeing what I am seeing.'”

Jessica says she eventually caught up with the woman and made her aware of the fact the officer was taking photos of her without her consent. We are told she laughed it off, but others are not.

Some say it is inappropriate in the MeToo era and definitely not something a uniformed officer should be doing.

The Houston Police Department responded to the viral video, saying in part, “We are aware of a video that shows actions of one of our officers at a concert last evening.”

HPD says they have launched an internal investigation into the matter.

Is this what we are paying our tax dollars for cops to do?

THIS COP JUST TOOK A PICTURE OF SOME ASS AT THE DRAKE CONCERT AND IM CRYING 😂😂😂 pic.twitter.com/D6IIyZt8F3