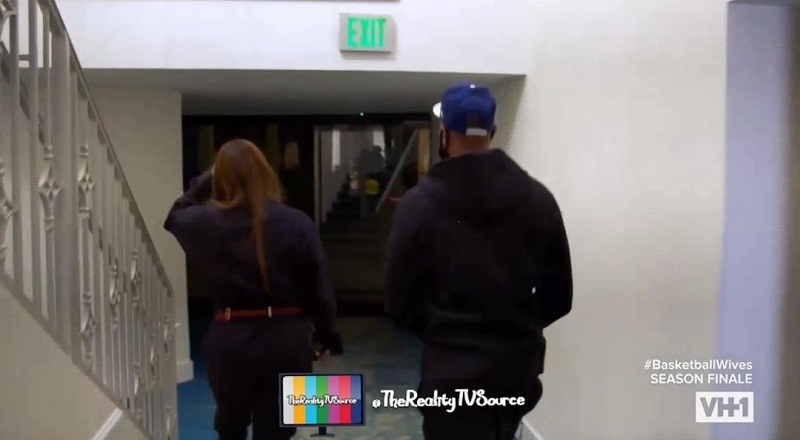 Jackie Christie and Brooke Bailey argue over the trip

Jackie Christie has become synonymous with the “Basketball Wives” brand. Through the years, Jackie has been vocal. During the early years, Jackie would get down with the girls and fight them. As a result, Jackie earned the reputation of being hard to get along with. Because of this, Jackie turned over a new leaf.

Jackie Christie, these past few seasons, has been much nicer. In addition, Jackie has taken more seriously being a mentor to the other ladies. When it comes to the younger ladies, Jackie is often giving advice, especially on marriage. For years, Jackie has had a wedding to remarry her husband, Doug Christie, every year. Normally, each “Basketball Wives” season ends this way.

Jackie Christie recently tricked the girls, on her girls’ trip. After promising a luxury trip, Jackie brought the “Basketball Wives” girls on a trip to the desert. As a result, Brooke Bailey came in and said she was taking over the trip. This led to Jackie and Brooke getting into a massive argument. While arguing, Jackie made it clear she was willing to fight Brooke. After she calmed down, Jackie said she only wanted to talk to her.

Jackie Christie and Brooke Bailey argue over the trip

More in Video
Kenya hangs up on Sanya, after she makes it clear her trip is a couples’ trip (FULL VIDEO) #RHOA [VIDEO]
Jackie Christie tells Brittish and Duffey that Brooke is banned from horseback riding with them (FULL VIDEO) #BasketballWives #BBWLA [VIDEO]