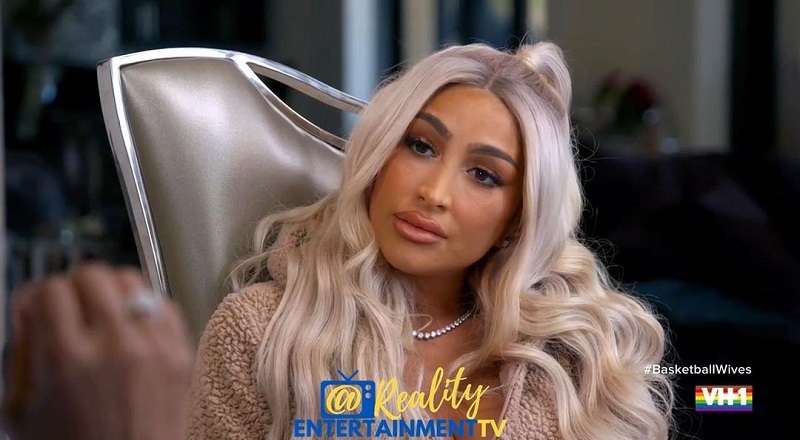 Jackie Christie has had a successful marriage, thus far. As a result, Jackie is one person the ladies come to for advice. When Angel Brinks revealed she and Roccstar were expecting, Jackie was the first in the group to know. As far as couples go, Angel Brinks and Roccstar are dealing with the typical ups and downs. Recently, Angel confided to Duffey that the two are struggling in their relationship.

Jackie Christie had dinner with Angel Brinks and Roccstar, on tonight’s episode. As Jackie does, she immediately brought up the situation. It turns out, Duffey told Jackie about Angel admitting she and Roccstar are having problems. As a result, Jackie Christie brought up Angel and Roccstar’s issues during their dinner. This led to Roccstar losing his cool, for a moment.