Home » Video » James Harden reflects on staying up all night in the studio with Lil Baby, Meek Mill, and Lil Durk, before going to practice, in Houston [VIDEO] 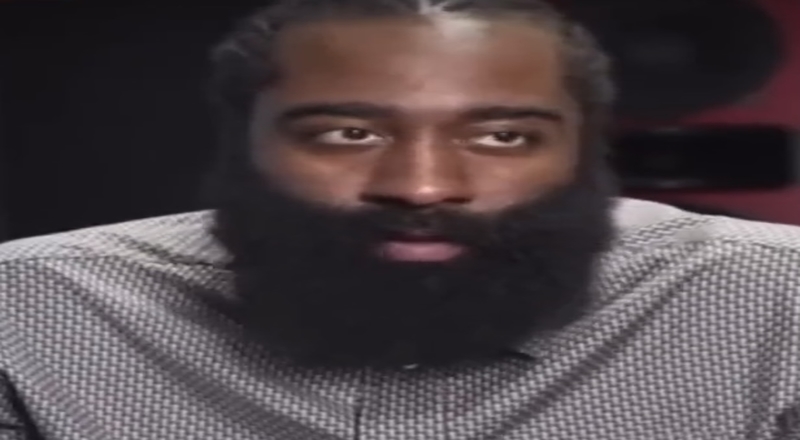 On Friday, James Harden played in his first game with the Philadelphia 76ers, since being traded from the Brooklyn Nets. Philly easily defeated the Minnesota Timberwolves, 133-102. Harden scored 27 points, 12 assists and eight rebounds, in his Sixer debut.

Many remember when Harden forced his way out of the Houston Rockets a year and a half ago, as well. At that time, he was doing everything possible, to leave the Rockets. This included partying, and hanging out with rappers, such as Lil Baby.

In a new interview, Harden also reminisced on a night before a practice, with the Rockets. He didn’t specify which season, but Harden said that Lil Durk, Meek Mill, and Lil Baby let him know that they were coming to Houston. Harden had practice in the morning, but still went to link up with these stars, when they got to Houston, at 2AM.

“They all called me like, ‘Yo, we about to pull up to Houston.’ Baby, Durk, Meek,” Harden said. “They all come to the house. They land at like 2 in the morning. I gotta go to practice in the morning! They come in the studio and I’m up with them the whole time.”

Harden simply couldn’t pass up on the chance to listen to the new music that Meek, Baby, and Durk had. Once that studio session was over, he went to practice, at 7:30AM.

“And I go right from the studio at 7:30 a.m. right to practice,” Harden added. “I can’t miss this opportunity. They in the studio, I gotta see what these dudes about to talk about.”

James Harden says he used to stay up all night in the studio with Lil Durk, Meek Mill and Lil Baby and then go straight to practice

“I can’t miss this opportunity”

More in Hip Hop News
Aunt Viv is going to cheat on Uncle Phil with Michael Ealy, according to #BelAir viewers
Footage surfaces from Snootie Wild’s murder scene; Rapper died after being shot in the neck