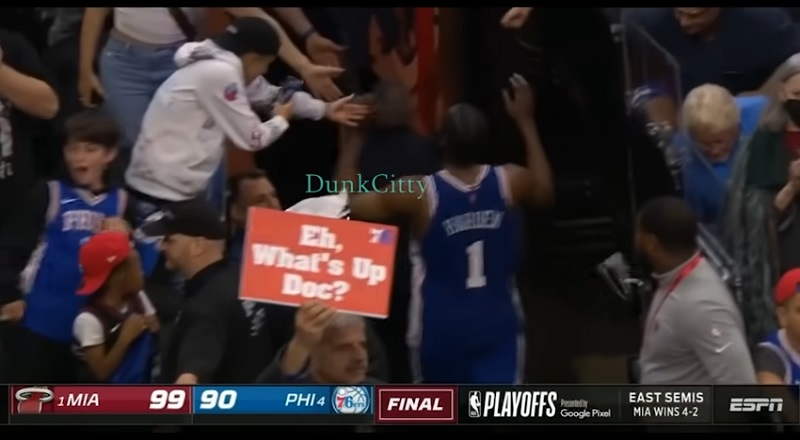 James Harden chose to be traded to the Brooklyn Nets. The trio of Harden, Kevin Durant, and Kyrie Irving was supposed to be historic. When the Nets “Big 3” played, their win percentage matched a 67-15 record. In 2021, Harden’s Nets were the first team to earn a playoff spot. Unfortunately, injuries ruined the Nets’ season, as the Sixers took the first seed, and the Bucks upset them in the playoffs.

James Harden opted to be the Brooklyn Nets’ third scoring option. However, Kyrie Irving refused to get vaccinated, which meant he did not play. Later, Kevin Durant got injured, thus putting the burden on Harden. As a result, the Nets struggled, and Harden was traded to Philly for Ben Simmons. The Harden / Joel Embiid duo was supposed to dominate the league.

More in Video
Chris Paul injures his hand, after Jae Crowder and Frank Ntilikina crash into him | Suns at Mavericks | Game 6 | 2022 NBA Playoffs [VIDEO]
Jamal Bryant questions how Kevin Samuels was “high value” when he needed a GoFundMe for his funeral