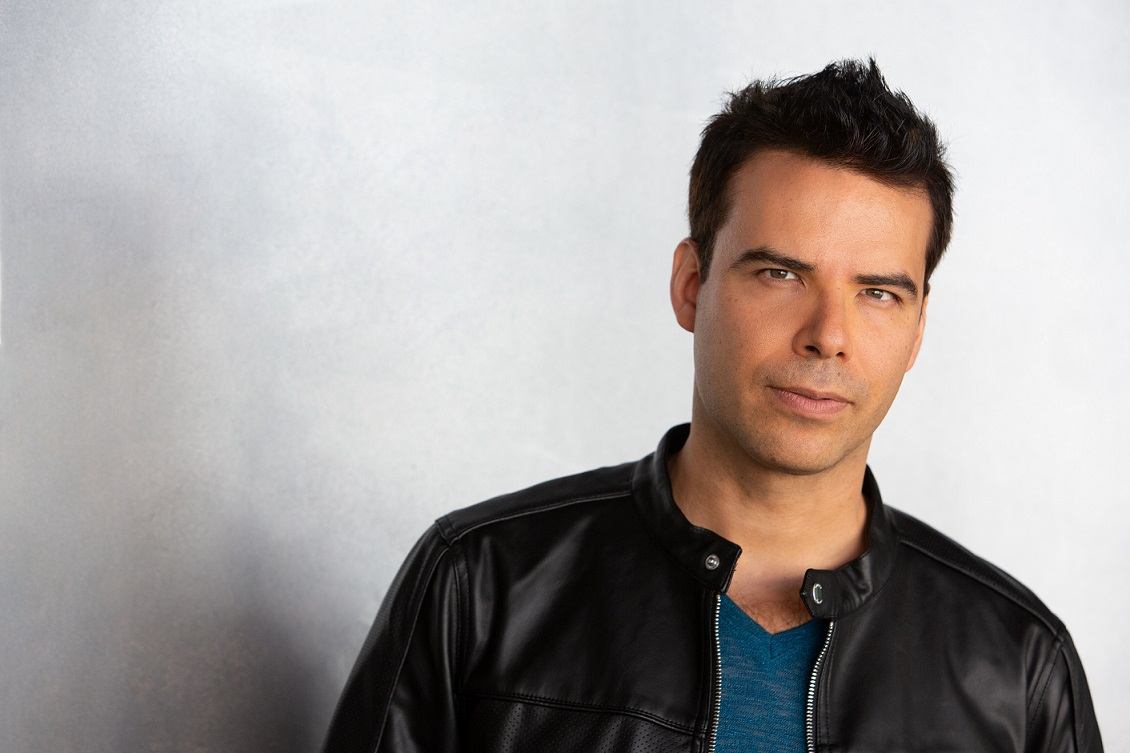 Singer/songwriter Jay Ratinoff has released the official video for scorching dance single “Fire” about embracing the heat of the moment featuring Ariel Yasmine. In his new visual, the sultry singer offers Latin dance-pop that evokes passion and tempts desire. Galloping from sultry lyrics over an arresting groove into the unforgettable and undeniable declaration, “We’re on fire.” It scorches and seduces all at once. Inspired to blaze his own trail, Jay Ratinoff ignites a sound independent of border and genre lines.

“‘Fire’ was a made up of story that came out of my subconscious mind. When I’m writing lyrics, I usually don’t think of someone specifically. I usually have a lyrical idea in my head, and I start from there. One morning, I actually had the first lyrical idea that said: ”Un beso normal, es casi como no respirar”. I got hooked on that first lyrical and melodic idea and went from there,” shares Ratinoff. “I knew that there was something special happening as I was writing it, because the speed of the song, was as fast as I was writing it. The song was written first in Spanish, and then in English. In both English and Spanish versions, the song had always the word ‘Fire.’ I am very proud of this song because of the combination of my melodic, lyrical and emotional ideas. When I’m writing a song, I almost say in lyrics what I can’t express when I am with someone specifically with words.”

Just prior to the release of “Fire,” Jay made waves with a pair of explosive singles: “Honey” clocked over 274K YouTube views as the follow-up ”DESNÚDAME” quickly surpassed 285K YouTube views. These successes set the stage for a big change for Jay. This year, he underwent an awakening and activated a 360-degree reinvention receiving a second baptism as an adult at St. Bart’s in the Bay Area. In the wake of the baptism, the spiritual renewal crystallized his musical perspective for the first time, drawing on influences ranging from Joy Division and Peter Hook to Billy Idol and traveling new territory without a pre-existing roadmap. Honing his vision lyrically through candidly opening up like never before, he is breaking boundaries by merging elements of electronic dance music, Latin beats, and rock guitar, yielding a simmering signature style introducing a sound of his own.Fusing experimental ambition with Latin flavor and rock energy, his 2019 debut teems with an incendiary, infectious, and inimitable spirit of its own.

The singer/songwriter answered some of our burning questions about “Fire,” his artistry and what’s next.

What sets your lyrics apart from other bilingual artists?
My writing comes from the heart and can be very passionate, and playful, rebellious, but always with a sense of hope. There are some artist out there that only write about how much money they have or male artists talking down on women or lyrics about women feeling that they have power over men. I feel like my lyrics allow myself to be vulnerable, rather than ”you are beneath me.”

What is your creative process for writing a song that uses two languages?

My spiritual background lends itself to creating music because it allows me to lyrically blend my beliefs into the music that helps me get through. I grew up Catholic singing in church so for me singing comes from a spiritual place. When I sing I allow myself to myself go and allow myself to get lost in the music. With that being said, I like other ideas and beliefs. Like in Buddhism, ”The suffering comes with the clinging”. I love this phrase it’s very rooted in my day to day life.

What is your spiritual background like, and how has this impacted your creativity in creating music?

My spiritual background lends itself to creating music because it allows me to lyrically blend my beliefs into the music that helps me get through. I grew up Catholic singing in church so for me singing comes from a spiritual place. When I sing I allow myself to myself go and allow myself to get lost in the music. With that being said, I like other ideas and beliefs. Like in Buddhism, ”The suffering comes with the clinging”. I love this phrase it’s very rooted in my day to day life.

What boundaries do you believe you break lyrically and/or musically?

What line in “Fire” is your favorite? Why?

My favorite line in ”Fire” has got to be when I say ”guess what”. It is so simple, and probably the least profound, but due to its simplicity, I think that it stands alone compared to the intensity of my other lyrics as it ushers for the music to stop and then breaks into something completely different musically.

What artists do you look up to when writing music?

I look up to Artists like Kraftwerk, and Peter Hook because of their musical approach. I think that they’re approach is more experimental, rather than melodic ideas that come from a preconceived stand point, which I can relate to, because in experimentation, I like to try every possible avenue that I can think of. Most of the time, I will end up going with the first idea or first impulse, I came up with, but I still try different avenues, which has helped broaden my horizons. Many times I will use a melodic or lyrical idea that I came up with in that experimentation, and use it in on a different song, or on a new one. However, when writing my music, my inspirations come from within.

Is there a specific producer you work with?

My longtime producer has been Aldo Muñoz and we met about 9 years ago. I love working with him because of the amazing chemistry we have in the recording studio. It is very difficult to describe my approach on why I love working with him. I think and feel that he pushes me to be a better songwriter, and a better musician as well. He doesn’t give me any lessons per say, or tells me what to do. Many times, I think that I just keep writing music, so that I can have an excuse to work with him again. There is a mutual understanding between him and I that we have to focus on making a great song. I have very little patience while working with him, which makes him work harder than with other clients (which he has told me), so he solves extremely quickly, but then again, many times, he tells me to slow down, and to not rush, so its an amazing collaboration. He ultimately has the last word, because he is the Producer, and I have in a way worked myself up to a Co-Producer. As the amazing Record Producer ”Flood” once said: ”It can never be a Democracy, but it can be a benevolent Dictatorship”. For some reason, I can relate to a lot with that saying. He has final decision, but I can still put out my opinion, and he works with that as well.

What advice would you give bilingual artists who are just starting out?

Although I don’t know if I’m in a position to give advice, what has worked for me, is the ability to allow yourself to experiment with as many ideas as you can. If you find a producer you connect with, allow yourself to try different things. When writing your own songs, sometimes you will have preconceived ideas of what the song should song like but allow the song to go places you didn’t think it could go. In those moments of uncertainty, you can find a lot of magic.

How would you describe your music to someone who has never heard it before?

My music would best be described as bilingual dance-pop songs that are intended to make you dance and happy.