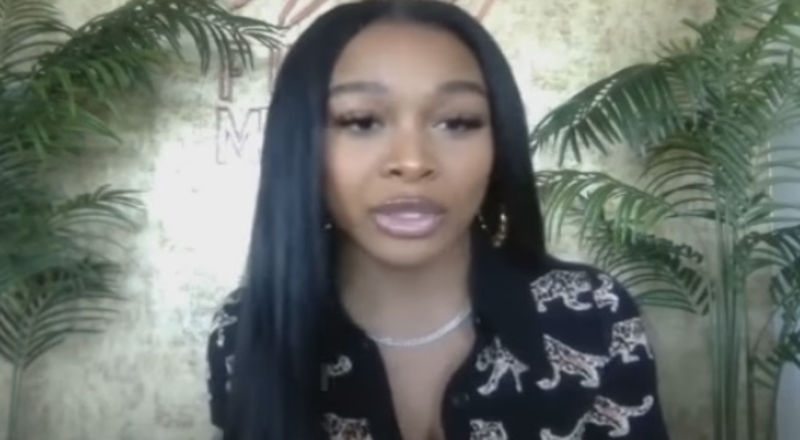 Last month, Lil Baby had social media buzzing, after rumors circulating that he’s been dating Saweetie. Hollywood Unlocked reported that he spent $100,000 on her, at a Chanel Store, in New York City. Shortly after, Saweetie posted a photo of what appeared to be her, sitting on Baby’s lap.

Jayda Cheaves, who is Baby’s ex-girlfriend and baby mama, ended up “liking” Hollywood Unlocked’s Instagram post, about the rumor. This also had the internet surprised, as many wondered why this was the case.

In a new interview with Jason Lee of HU, Jayda revealed that she “liked” the post, due to her already knowing about the alleged relationship between Baby and Saweetie.

“One ‘like,’ all I have to do is ‘like’ something and the whole internet is in a frenzy. Sometimes I just like to put the internet in a frenzy. I was really liking it because I knew that story before—the day it happened, I knew about it. That’s the thing, social media, they always a week, two weeks behind on the stuff I already know. Everything that has ever came out on social media, before it hits the media, it’s something me and him been talked about. It’s crazy, but this is my life.”

More in Hip Hop News
Young Dolph Officially Gets His Own Street Named After Him, in Hometown of Memphis [VIDEO]
LeBron James’ energetic block gets called a goaltend! | Lakers at Mavericks [VIDEO]