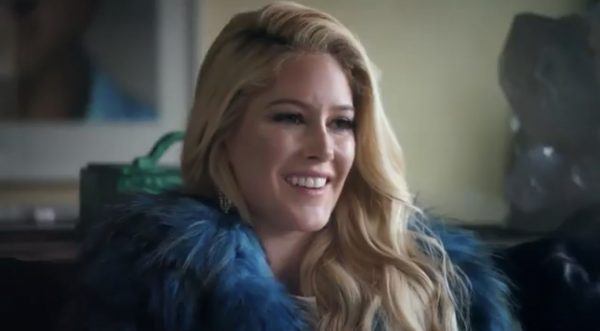 Someone get this girl a dictionary. Heidi Montag of ‘The Hills’ thinks that diversity means having different hair color.

Speaking with Vogue, franchise newcomer Mischa Barton, who aptly launched her career by starring as Marissa Cooper on The O.C., said, “I think the interesting thing about this show is you have people from all different walks of life. It’s definitely interesting.” Asked whether she wishes the show featured more diversity, original Hills cast member Heidi Montag replied, “We don’t all look the same. I mean, Audrina [Patridge] has darker hair. I feel like Mischa has darker hair.”

“But yeah, we’re California girls and it’s a group of friends, and that just happens to be the group that came together,” Montag continued. “But you know, that’s just the way the show was. I have other, very diverse friends that are not featured on the show.”

‘The Hills’ was filled with nothing but white, rich people. Let’s be real. It’s 2019 and there are still shows on tv with no minorities involved. We need to do better.

Heidi Montag‘s response to being asked about the lack of diversity on The Hills is precisely what you would expect https://t.co/YFDXqHRuJI

More in Articles
Murda Mook Gets Dragged For Being a “Pick Me” During Interview With Yes Julz; Says He Doesn’t Have a Problem With Her Saying the N-Word and Says She Looks Spanish [VIDEO]
Kimbella announces her pregnancy during the reunion #LHHNY #LHHReunion [VIDEO]