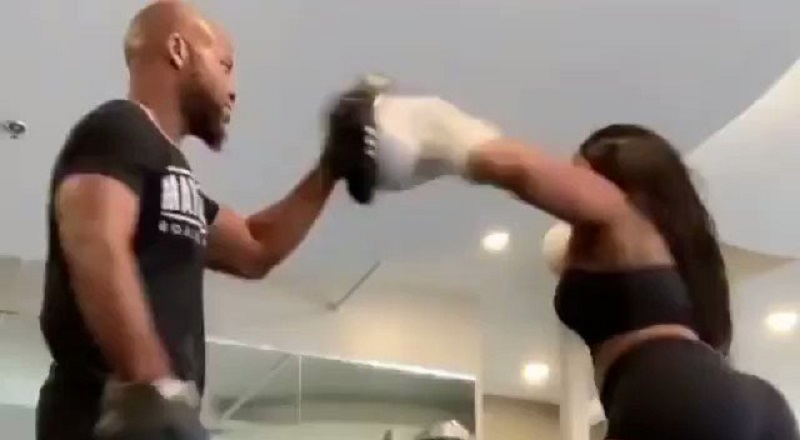 By now, people know Jhonni Blaze marches to the beat of her own drum. She operates outside the box and she’s determined to make it big, in the music industry. Long before Cardi B, she was doing her thing, and Jhonni has a dope collection of music.

Jhonni Blaze became well-known as an Instagram model and social media personality. Like many of those before her, she parlayed this into a spot, on “Love & Hip Hop.” She was one of the first to leave the series, deciding it wasn’t for her, but she turned up on the “Growing Up Hip Hop” franchise.

A few days ago, a video went viral, and Jhonni Blaze was the star of it. The video shows a woman boxing, while wearing high heels, and she was definitely getting her hits in. On Twitter, the video went viral, as a person captioned it “Atlanta is a strange place,” but Jhonni showed her athleticism.