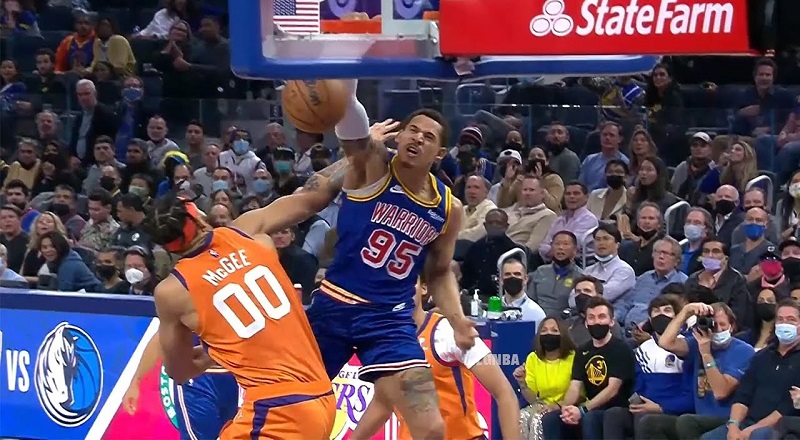 Despite nearly winning the championship, last season, few expected the Phoenix Suns to be this good. At the same time, few expected the Golden State Warriors to be this good. But, when the Warriors began notching wins, it was something NBA fans were used to. Prior to the Suns’ Finals run, they hadn’t even sniffed the playoffs since 2010. Last night, though, when the Suns arrived in San Francisco to play the Warriors, these teams owned the NBA’s best two records. That being the case, all eyes were on them.

While the Golden State Warriors maintain the same core, they have an all-new supporting cast. Among the moving parts are Juan Toscano-Anderson, who joined the Warriors during their post-2019 Finals slump season. Actually, he signed with the Warriors just before the lockdown, so he’s been getting his feel for the game, until this season. Suddenly, he’s playing for a contending team, and rising to the occasion. Former Warrior, JaVale McGee, meanwhile, has continued his journeyman ways, winning the 2020 title with the Lakers. That followed his 2017 and 2018 titles with Golden State.

Last night saw the Warriors and Suns’ second matchup of the season. While Phoenix won a relatively close home game, the Warriors blew them out in San Francisco. One of the highlights of the game came when Juan Toscano-Anderson dunks on JaVale McGee. After the game, McGee downplayed the moment, but it was the signature moment in the game. The whole internet is talking about the “Juan Toscano-Anderson dunks on JaVale McGee” moment.