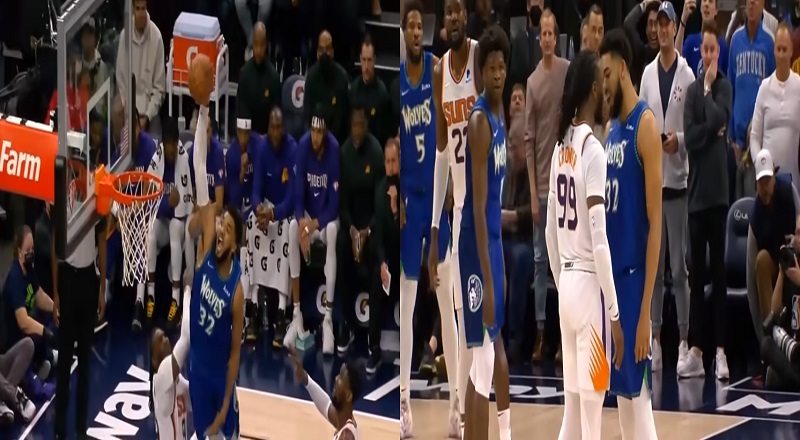 Karl-Anthony Towns dunks on Jae Crowder and then fights him

For years, Karl-Anthony Towns has put up superstar numbers. Playing for the Minnesota Timberwolves just left him massively overlooked. In many ways, Karl-Anthony Towns’ run has been similar to that of Kevin Love, during his time with the Wolves. For years, Kevin Love put up historic numbers, but never even made the playoffs. In 2018, the Minnesota Timberwolves briefly made a return to the playoffs, having missed every year since 2004.

Karl-Anthony Towns dunks on Jae Crowder and then fights him