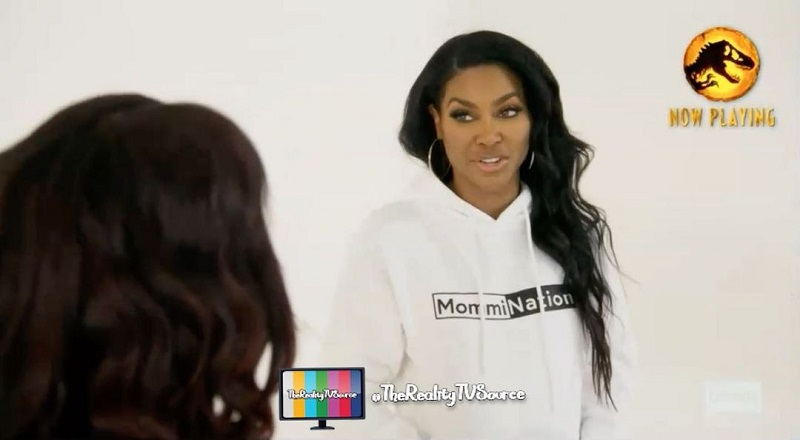 Kenya Moore and Sheree Whitfield have a complicated history. Late in the 2016 season, Sheree made her return to the show. Out of nowhere, Kenya began taking shots at Sheree. Often, Kenya was mocking Sheree’s Chateau Sheree. When the house was finally completed, Kenya went walking through the house to find unfinished parts. With that being five years ago, Kenya and Sheree are now friends. Since there are so many new ladies, the older ones are banding together.

Kenya Moore was among the ones that Sheree told about Tyrone. Before she left the show, in 2018, Sheree was telling the ladies about Tyrone. When Sheree told the ladies that Tyrone was in prison, that was a red flag for most people. Upon Sheree’s return, she was still talking about Tyrone. Something still felt off about Sheree and Tyrone. On last week’s episode of “The Real Housewives of Atlanta,” Tyrone was expected to debut on the show. Sheree went to meet him and was left by herself.

Kenya Moore ended up going to Sanya Richards-Ross’ MommiNation photoshoot. While Kenya was there, she told Sanya and Kandi Burruss about Sheree and Tyrone. Both ladies were disappointed that Sheree put herself out there to be met with rejection. Sanya felt it was mean of Tyrone to not even show up, after Sheree came that long way. On the other hand, Kandi said the only reason Tyrone didn’t show up is because he has another woman.