Home » Video » Ky gets dragged by Twitter, over his girlfriend being disrespectful, and fighting Kelsie; Fans say he needs to handle that #LHHATL 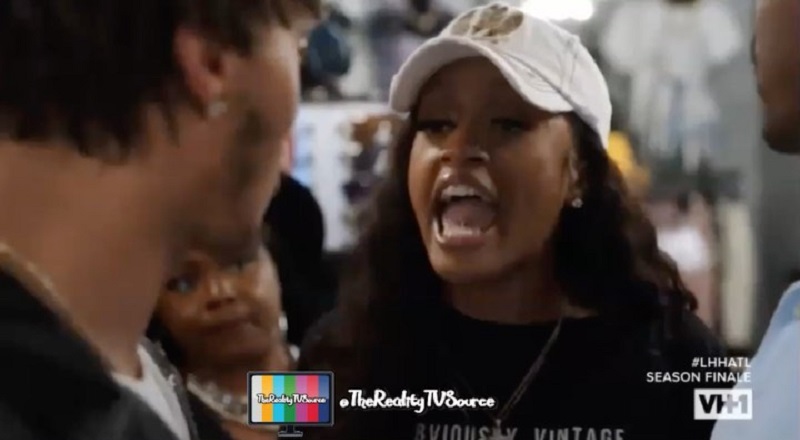 All season long, tension has been building, at Frost Bistro, with Kirk and Rasheeda’s children. Their son, Ky, and his girlfriend, Amina, are working alongside Kirk’s daughter, Kelsie. From the beginning, there was tension, but Amina and Kelsie actually fought, on tonight’s episode.

Ky basically grew up, on “Love & Hip Hop Atlanta,” and now he’s grown. Amina is his first serious girlfriend and the young man is caught in the middle, as she has gotten into it with his family. Being the youngest, of these siblings, he has dealt with his siblings checking him.

Tonight, on “Love & Hip Hop Atlanta,” Amina and Kelsie fought. This led to Kelsie, and their brother, coming down on Ky for letting his girlfriend be so disrespectful, and never checking her. On Twitter, fans sided with the siblings, saying this young man needs to make sure his girlfriend respects his family.

More in Hip Hop News
Lil Zane talks starring in “BMF,” on Starz, and 50 Cent telling him it will be bigger than “Power,” with B High [VIDEO]
Polo G Announces “Hall Of Fame” Tour Coming This Fall