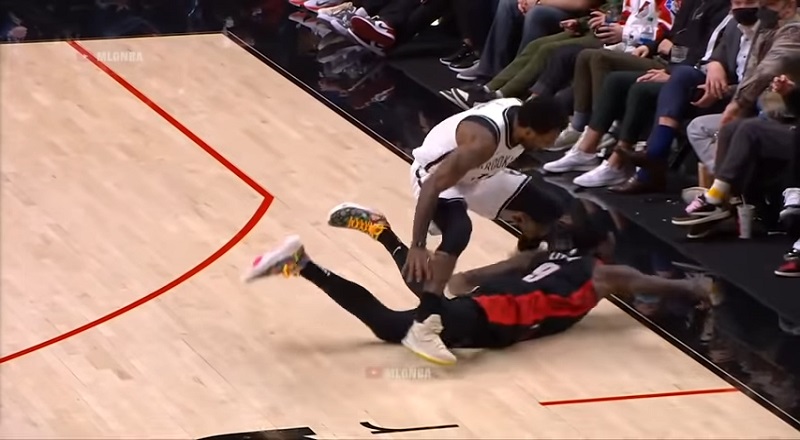 Last night, the pressure was on both the Brooklyn Nets and the Portland Trail Blazers. Suddenly, the Nets are three years in on this superteam experiment. The first year, Kevin Durant missed due to injury, and the second year saw James Harden brought in. Even though it was a shortened season, the Nets disappointed failing to win 50 games, only landing the second seed. With that second spot, they lost in the second round, to the Milwaukee Bucks.

Meanwhile, the Portland Trail Blazers haven’t missed the playoffs since 2013. That summer, they drafted Damian Lillard, and they have been one of the league’s most-entertaining teams. The Blazers were robbed of their potential, when Brandon Roy was lost due to injuries. Damian Lillard plays the same position and people often argue about which player was better. Truthfully, the world will never know, but Lillard was able to do more.

When LaMarcus Aldridge left the Blazers for the Spurs, many predicted Portland to miss the playoffs. Not only did they return to the playoffs, the Blazers beat the injured Clippers, in the first round, before losing to the 73-9 Warriors, in the second round. The Blazers would lose their next ten playoff games, before the 2019 postseason saw them make the Western Conference Finals. That run saw Damian Lillard hit the game-winning shot, against the Thunder.

This season, there’ve been rumblings of Damian Lillard being traded, as the Blazers aren’t even a Play-In team. Lately, they’ve shown signs of life, though. With the second half of the season here, Portland is trying to make a playoff push. Meanwhile, the Nets have Kyrie Irving back, so both squads needed the win. Not only did Portland win, but Kyrie hurt his ankle during the Nets’ loss. Given that he only plays road games, he should heal soon.